Izmir region has a significant potential in maritime. Europe’s largest ship receycling installations are in this region as well. We interwieved with Mr. Yusuf Öztürk, the person at the helm of maritime trade in the region.

Born in 1968 in Yozgat province, Yusuf Ötürk attended primary school in a village, secondary school in Ankara and high school in Kayseri. He realized tthat he did not want to be a scientist while attending Ankara University, Faculty of Science, and transferred to Maritime Faculty of Dokuz Eylül University in 1988 and graduated with a degree. In 1991, stepped into themaritime,  Öztürk, later founded Marti Link Container Services Ltd in 1999. Öztürk together with his wife,  Gamze Alevok Öztürk, operates the YUGA Hotel in Alacati. Öztürk was elected as the president of İzmir Branch in May 2013.SeaNews: Mr. Öztürk; first of all thank you for this opportunity. . Can we start by asking you about our magazine, if you have had a chance to look at it?
Yusuf Öztürk: I think it is a great magazine. Congratulations to everyone who has contributed to this very interesting magazine. I understand it is also distributed abroad. Great. This magazine proves that the Turkish maritime industry is not all about commerce but also has a very active news media.
SeaNews: Thank you for the kind words.  Firstly, what are your comments about the problems at the Izmir port and also the new port at Çandarlı area which is under construction? What solutions would you suggest?
Yusuf Öztürk: The construction of the port of Izmir began in 1954.It has been constructed step by step. There are still some steps not completed yet. It used to be the largest port in the Aegean region, until two years ago.
Two years ago, two new container terminals entered into service in the Aliağa region. Until then, İzmir Port was the sole outlet for exporters in the Aegean Region, and even for apricot exporters in the Eastern Anatolia Region. It still is. Recently, there have been some questions put forward about the fate of İzmir Port:  Terminate it? Keep it? If kept operational, whether to keep it as a cruise port? Convert it to a marina? In the same region, there is also Çandarlı Port, which is being developed.  The Aliağa area is full of ports. Combining them altogether in your mind would bring out such a picture such that…  İzmir Port is now stranded in the heart of the city… 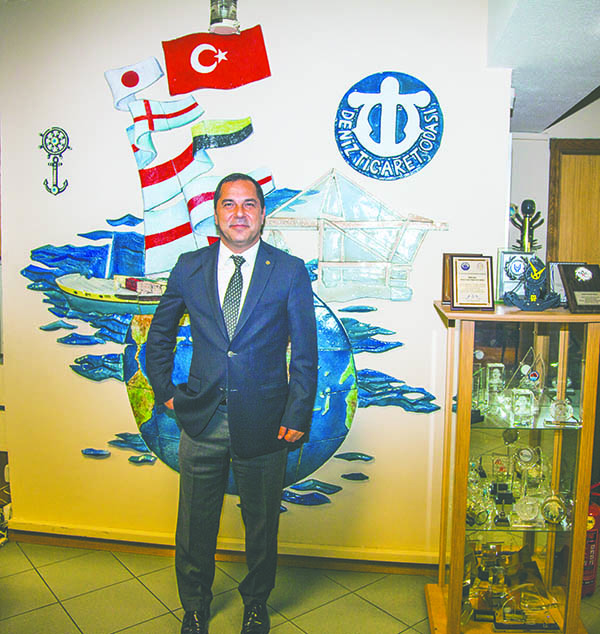 SeaNews: The land owned by the port is also very valuable. Could this be the main reason behind saying ‘terminate the port’?
Yusuf Öztürk: All the trouble stems from this.  The port is at a prime location in the heart of the city. But a benefit analysis is needed. Turkey has targets for the year 2023. Within 2023 an export value of $ 500 billion is expected and the expected import value for 2023 is 650 billion dollars. To handle such a large volume of cargo, that has a total value $1200 billion, new ports are needed, instead of terminating existing ones. İzmir Port handled 705000 TEU last year. At the Ports of Aliaga, the amount was 430000 TEU for the same period. This is container volume alone. On the other hand, 54 million tons of bulk cargo was handled in the ports of Aliaga region whereas the Izmir port handled only 9 million tons of bulk cargo.
So we need to end  the discussion on the closure of the Izmir Port.
In fact, the picture is clear - İzmir Port has become a cruise and container terminal. Actually, in 2007, when the port was to be privatized, a consortium had bought it. However, due to the crisis and having failed to meet the requirements, the consortium had given up.  The citizens of Izmir tried very hard at that period of time. Some media representatives and scientists struggled to prevent the privatization of İzmir Port. Their argument was that, there was no reason to privatize an already profitable port. But I think it should have been privatized. Then, there would be investments made. Now ,for example, when a crane breaks down, the process to repair it begins with opening a tender, which takes a lot of time while the cargo waits. I always say that the Directorate of Izmir Port has had the tough job of managing this port.  Now the Minister (Mr. Binali Yıldırım) has pledged to invest in the port.  He has agreed to invest TL 400 million in the port of İzmir, and this is being realized. NGOs, such as ours, have to accelerate the realization of these investments and create public awareness. We need to end the discussion on the closure of the Izmir Port. It can continue to serve as a container and a cruise port, side by side. After the unsuccessful privatization attempt in 2007, the Government separated the port terminals. A tender for privatization was organized for cruise and cargo terminals separately. But there were not many takers for the cruise port. This is because the cruise terminal, due to its nature, requires infrastructure and feedback. But this issue brings up discussions in İzmir. Feedback means hotels and shopping centers. But at the heart of İzmir, where the port is located, some people are against such infrastructure, while some people are for it. The people of İzmir have a habit; they say ‘this white color is not suitable’.  But when asked to suggest a better option, they don’t. If everything is done,   then they will complain that there are too many tourists.
SeaNews: Recently, during the long holiday of the Feast of Sacrifice, many cruise ships came but shops were closed. What are your comments about this?
Yusuf Öztürk: If you look at other countries, at certain times of the day, such as siesta time, shops close for 4-5 hours. Sometimes these feast periods combine with weekends and people see this as an opportunity for a vacation rather than a feast.
Izmir region has many shopping centers. Everyone spends time at shopping malls. But there has been a recent revision made by the Administration about Privatization. They have lowered the price of lands allocated for shopping malls by half at the port area, which is subject to privatization. Looking at the future prospects of İzmir Port; it can serve the southern hinterland. Let there be new ports built.  The world’s 10th Largest port is being built at Çandarlı. But it is considered an intercontinental transit port. Let all of these ports be built and give people the option to choose.
Port specialization might be an option. What does this mean? Some types of ships might use this port. For example, one port might only serve IMO and IMCO cargoes while some others could serve liquid cargoes.
SeaNews: Given the areas of attraction such as the Virgin Mary pilgrimage tourism and Ephesus, which port is to be preferred, İzmir Port or Kuşadası Port?
Yusuf Öztürk: Cruise tourism is now very popular in this region.   The Chamber of Shipping’s İzmir Branch has spent a lot of time in achieving this.  If you ask me, ‘İzmir Port or Kuşadası Port’, I would say “both!” Some 40-50% of tourists arrive in İzmir bound for this area while some others prefer the Bergama district.  There is a very nice port also at Çesme where the number of passengers is increasing every day but we cannot afford them all. İzmir, Çeşme and Kuşadasi are all suitable ports for religious tourism. 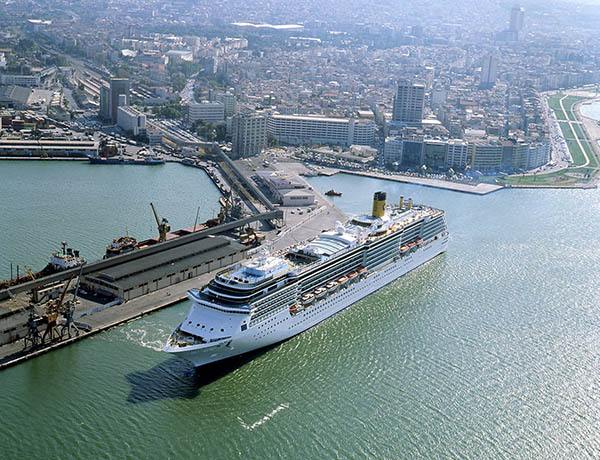 Capt. Bülent Dandin: “Investing in marine technology is more appropriate than in ships or shipyards”

'Data Hidrolik will be at SMM Hamburg'

The Interview with MD of ChartWorld GmbH and SevenCs GmbH, Mr Jochen Rudolph