The U.S. Coast Guard confirmed that it will end the search for the missing crew of the capsized liftboat Seacor Power at sunset today a week after the vessel was lost in heavy weather off the Louisiana coast. 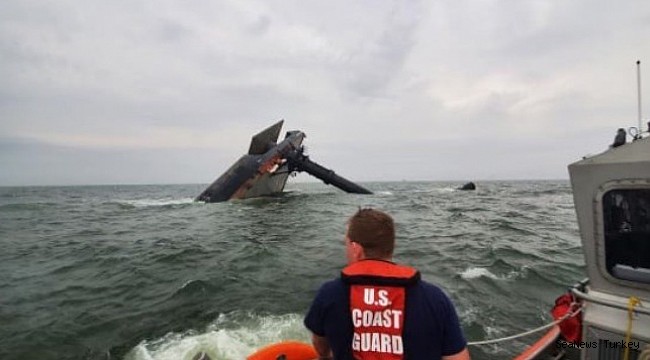 In the accident that took place in the afternoon of 13 April in Louisiana, it was announced that the lifting ship Seacor Power, eight miles south of Fourchon Harbor, was capsized due to the storm, and the ships in the region and the US Coast Guard took action to save the seafarers after the accident. While finding the lifeless body of 5 of the crew, it was announced that 6 people were rescued and 8 people were not found.

The US Coast Guard announced Monday afternoon that the search and rescue efforts were halted.

In the six-day search for the crew, it was stated that an area of ​​more than 9200 square miles was searched for 175 hours cumulatively by Coast Guard boats, helicopters, ships belonging to NGO organizations and private boats.

On the first day of the search, six survivors were rescued shortly after jack-up platform Seacor Power capsized. In the following days, five crew members were found dead.

''Toughest decisions the Coast Guard has to make''

Captain Will Watson, commander of Coast Guard Sector New Orleans, said: “Suspending a search is one of the toughest decisions the Coast Guard has to make. Our crews searched continuously over the past six days with the hope of bringing the missing crewmembers home to their loved ones.”