Russia’s Ministry of Defense has reportedly announced it will close the waters leading to the Kerch Strait, which connects the Black Sea and the Sea of Azov, for warships and non-commercial vessels of other countries beginning next week until October 2021. 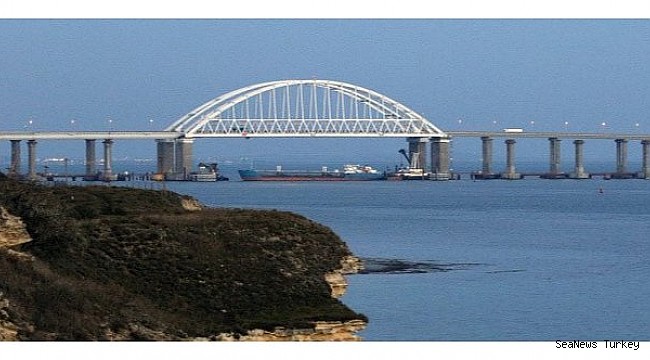 The move comes amid growing tensions in the region, with G7 nations demanding that Russia ends provocations and de-escalates tensions in Ukraine.

Earlier this week, Russia warned the US to stay away from the area “for their own good” after the Biden administration said it was going to send two destroyers to the Black Sea.

Reports said that Biden administration pulled back the two ships from steaming into the Black Sea after fighting intensified between Ukrainian and Russian-backed separatists.

As a result of Russia’s latest move, all Ukrainian non-commercial and military vessels will be banned from passage through the Kerch Strait for six months. It is said that the move effectively blocks the Ukrainian ports of Mariupol and Berdyansk and prevents vessels from reaching the two cities to provide support.

“Russia has intensified its escalation at sea,” Ukraine’s Ministry of Foreign Affairs said in a statement. “The behavior of the Russian side indicates the absence of any intention on its part to refuse to continue the aggression against Ukraine using military and hybrid methods.”

“Such actions of the Russian Federation are yet another attempt, in violation of the norms and principles of international law, to usurp the sovereign rights of Ukraine as a coastal state, since it is Ukraine that has the right to regulate shipping in these waters of the Black Sea,” the Ukraine Foreign Ministry said in a statement released Thursday.