Norway still holds fourth place, as in the previous year. China, Japan and Greece are by far the three largest nations, followed by Norway and the United States. 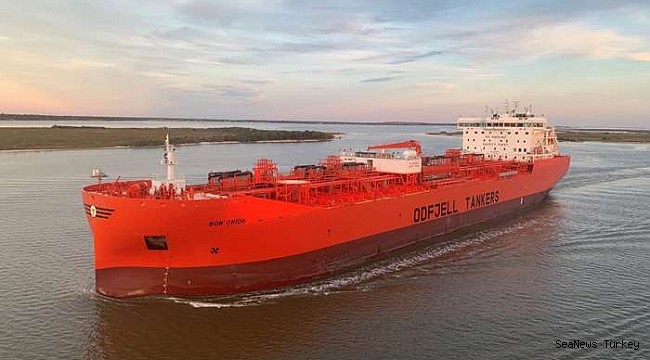 In the Norwegian fleet, the offshore segment has the highest market value, and only the USA has an offshore fleet of higher value. Estimates for 2021 indicate that the value of the world fleet will be virtually unchanged, including the Norwegian fleet.

The Norwegian-controlled foreign-going fleet has in recent years experienced good growth in both the number of ships and tonnage, showing a slight decline in the number of ships during 2020. Measured by tonnage, the fleet has seen moderate growth. As of January 2021, the fleet numbers a total of 1,783 ships with total tonnage of 51.1 million deadweight tonnes. Through 2019 and 2020, the fleet has grown by almost nine per cent measured in deadweight tonnes.

Seen separately, the Norwegian International Ship Register (NIS) has experienced growth in the same period, increasing by 79 ships, numbering 691 ships as of 1 January 2021. The Norwegian Ordinary Ship Register (NOR) has been weakened somewhat among foreign shipping companies in the same period, but overall, the Norwegian flag has strengthened its position, with an increase of over 60 ships in the last two years. Over the past year, several shipowners have chosen to flag their fleets home to Norway, and several newbuildings have been registered under the Norwegian flag. When asked in this year's member survey whether it is of interest to flag ships home this year, the members of the Norwegian Shipowners' Association answer that the potential for this is more than 60 ships.

The order book for foreign shipowners now consists of only 49 ships, having not seen such low levels for nearly 30 years. Five years ago, the order book was twice as large, and in 2008 the order book counted up to 400 ships. Most of the ships on order will be delivered this year, or in 2022.

In 2023, the most container ship deliveries in history will take place!
Related News
Most Read News
Recent Comments
New Mapping of Zero Emission Projects shows focus on hydrogen based fuels