A crew of four Indian seafarers who spent two years stranded “like modern day slaves” on a ship in Mumbai in horrific conditions have finally gone home, thanks to help from Sailors’ Society. 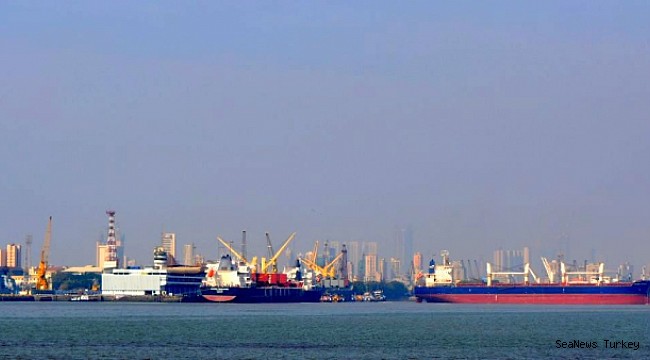 A crew of four Indian seafarers who spent two years stranded “like modern day slaves” on a ship in Mumbai in horrific conditions have finally gone home, thanks to help from Sailors’ Society.

The men ran out of food, the electricity supply was turned off, cockroaches infested the ship and one of them was bitten by a rat during their nightmare on board the ship, after the owners filed for bankruptcy and liquidators took over the vessel.

Three months ago, they stopped receiving their salaries. The men were not given shore leave passes or signed off so that they could return home – plus they were afraid that if they tried to leave they would never see the money they were owed.

Manoj Joy, from Sailors’ Society India, said: “They were treated like modern day slaves, they had to resort to cleaning toilets in the port in order to buy food because their food wasn’t coming on time. The shocking part is these four guys weren’t even on foreign shores, they were in their home country.”

Manoj read about their plight in a newspaper and contacted the men. Sailors’ Society’s chaplain in Mumbai, Rajesh Goli, brought them food and gave them pastoral support, while Manoj arranged for one of them to go to hospital when he fell ill with suspected coronavirus. Manoj also helped the men write to the Ministry of Shipping and the liquidator and found a lawyer to help them on a pro bono basis.

Following his involvement, the men have now been given half of their salaries, with the promise that they will receive the rest through the courts once the ship is sold; they have been signed off and have finally been able to return home to their families.

One of the crew, Sahabaj Khan, sent this message to Manoj: “I express sincere gratitude on behalf of us for your generous support from the very date you came to know about our condition.

“We can never ever forget what you did for us. Words would fall short to describe how happy we are feeling now and that’s only because of your efforts and guidance.”