The cruise ship SeaDream 1 is experiencing a COVID-19 scare during its first cruise in the Caribbean. 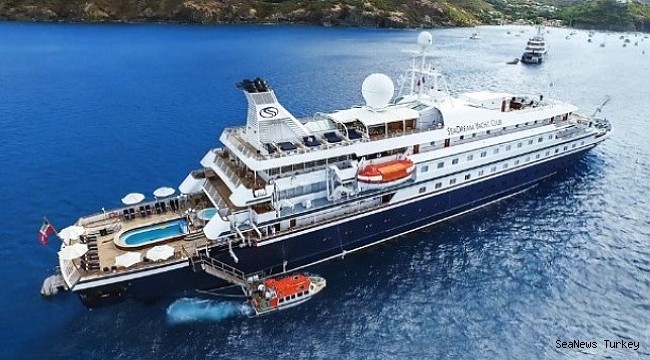 The cruise ship SeaDream 1 is experiencing a COVID-19 scare during its first cruise in the Caribbean. The luxury, yacht cruise ship commenced its first Caribbean cruise departing Barbados this weekend only to have the voyage suspended today after an indication that a passenger may have the virus.

The ship’s captain announced that they had a preliminary positive test among one of the 53 passengers aboard the cruise at midday today, according to cruise travel reporter Gene Sloan, who is on the cruise and reporting for The Points Guy website. Sloan said that shortly before lunch the captain asked all passengers to return to their suites and that meals would be served to them there while the ship launched onboard testing for all of the crew and passengers.  As of this evening, Sloan is reporting that the ship completed the tests with Abbott quick test equipment onboard and that everyone is testing negative.

SeaDream Yacht Club operators of the cruise ship had sought to create a COVID bubble for passengers and are following a strict set of health protocols. All passengers had to test negative before boarding flights to Barbados, undergo a second test before boarding the ship, and were scheduled for a third test today midway through the cruise. Crew is also being regularly tested.

The cruise line had agreed with the destinations in the Caribbean that passengers would remain separated from the population to reduce the risk of any exposure to the virus. The first cruise was suspended today and the ship is sailing back to Barbados where it is due to arrive this evening. Sloan reports that they will be met by local health officials who they expect will conduct another round of testing for the passengers and crew.