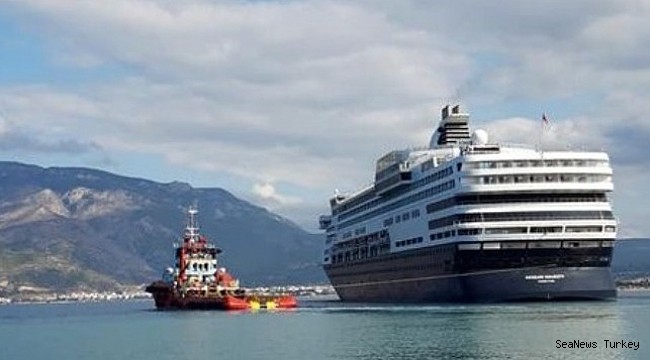 On Friday night, the former Holland America cruise ship Aegean Majesty (ex name Veendam) broke loose from her moorings and went aground on a sandbar at the port of Corinth, Greece.

No injuries or damage were reported. After a hull inspection, the vessel was safely refloated and anchored in the port's harbor.

Seajets has purchased four older Carnival Corporation cruise ships this year, including Veendam, Pacific Aria, Oceana and Maasdam. It has also acquired two former CMV vessels built in the 1980s, the Columbus and the Magellan, both on favorable terms.