Deadline by which Bulgaria has to pay the resulting debt to Russia oil pipeline project Burgas - Alexandroupolis, has been postponed from December 15 to March 20.

Deadline by which Bulgaria has to pay the resulting debt to Russia oil pipeline project Burgas - Alexandroupolis, has been postponed from December 15 to March 20. Об этом рассказал вице-президент "Транснефти" Михаил Барков. This was told the vice-president of "Transneft" Mikhail Barkov.

Arrears in size 7,3 million euros was formed due to the fact that last year the Bulgarian side did not make required payments on the project and actually froze its participation in it.

The return to its normal operation were discussed at the supervisory board of the company Trans-Balkan Pipeline - the future owner of the pipeline - on Thursday in Rome.

At the meeting of the Supervisory Board of the Greek Cypriot side has agreed to assume full payment of VAT on the project at a rate of more than 1 million euros. In the case before May 1, the Greeks will not be able to pay the full VAT amount will be distributed among all participants in the project: about 350 thousand euros.

It was also decided to minimize costs: reducing staff and lease payments. The next meeting of the Supervisory Board is scheduled for June 2.

As told Barkov, if the Bulgarian side did not pay the debt and does not endorse the assessment of environmental impact, it will be decided to move the company into "sleep mode", then there will be an office in Amsterdam from 1 employee.

He said that the environmental standards of Bulgaria in today's talks "marked support:" On the whole, the Bulgarian side had behaved at the meeting as positive. There is a sense of improving their position. "

In addition, vice-president of Transneft, said that the supervisory board of Trans-Balkan Pipeline includes 3 new members: from the "Transneft" - Ilya Kazenkin from Rosneft - Sergey Androsov (both led their companies department of foreign economic activity), from Bulgaria - Petko Dmitrov. Mikhail Barkov was elected Chairman of the Supervisory Board.

It is planned that the oil pipeline Bourgas - Alexandroupolis will pass through Bulgaria and Greece, and will reduce the volume of oil transportation by tankers through the congested Bosphorus and Dardanelles. The capacity of oil pipeline about 300 km will be 35 million tonnes per year with an option to increase to 50 million tons per year. Construction cost was estimated earlier in the amount of approximately EUR 1 billion, recalls, "Interfax reported. 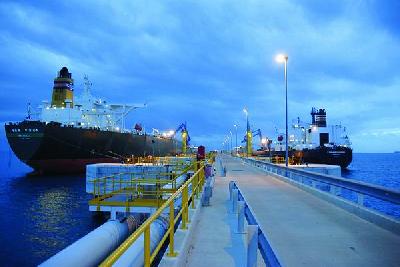 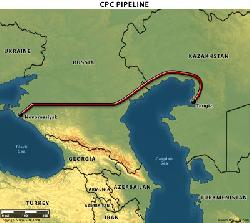 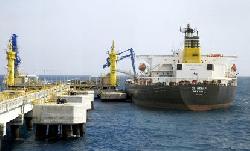 Russian tanker was too tough for the Somali pirates