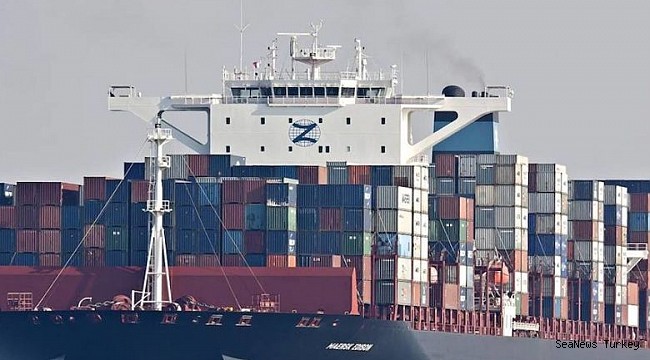 Eyal Ofer-led Zodiac Maritime is widely tipped as the European owner behind a series of boxship orders at Daewoo Shipbuilding & Marine Engineering (DSME) in South Korea.

Liner intelligence sources tell Splash Zodiac is the company to have ordered six 15,000 teu ships at the Korean yard. DSME issued a release on Friday, saying it had bagged a boxship order without identifying the buyer.

Clarksons also lists Zodiac as the buyer in its latest weekly report. The ships, which are conventionally fuelled, are costing $108.3m each with five of them delivering in 2022 and one in January 2023.

A spokesperson for Zodiac declined to confirm the new build contract when contacted by Splash.

In Zodiac’s giant, diverse fleet there are 48 ships totalling 337,819 slots trading today, according to Zodiac’s website.

"Gallipoli Seaways" which was on fire near Çanakkale is returning to Istanbul
Related News
Most Read News
Recent Comments
Pirates Abduct 14 Seafarers From Heavy Lift Ship in Gulf of Guinea!