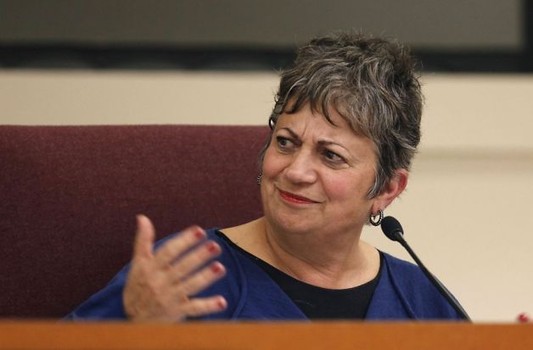 In 2010, CARB was discovered exaggerating diesel pollution by 340 per cent, and knowingly passing a tough clean-air rules based on false data. It apologised for doing so when exposed by the San Francisco Chronicle.

Today, the Pacific Merchant Shipping Association (PMSA) has appealed to CARB to appreciate the changes in shipping since the out-of-date, scarifying data on which it relies were produced in 2005.

But CARB projections for health-risk pollutants including nitrogen oxide, sulphur dioxide, particulate matter and for greenhouse gases are based on optimistic cargo projections, which few have believed since 2007.

CARB's pollution projections are based upon 10-year-old studies that forecasted cargo volume at the ports would increase dramatically in the coming decade - which hasn't happened.

Such predictions have not been seriously considered a year or two after they were made as cargo volumes tended to flatten as greater use was made of the Panama and Suez canals to get freight to the densely-populated US east coast.

As it stands, CARB's Sustainable Freight Strategy calls for a 75 per cent NOx reduction emission by 2032. Greenhouse gases would be reduced 80 per cent by 2050. CARB scenario projects a world in which zero or near-zero emission technologies would replace petrol.

Mr Garrett said these goals are unrealistic unless CARB recognises the gains already made, and lowers its forecast for cargo volumes at the ports and faces the fact that some of its mandated technologies are not commercially available.

In 2010, CARB was exposed for exaggerating diesel pollution by 340 per cent, and knowing it was false, passed a tough clean-air rules based on the false data.

CARB chairwoman Mary Nichols, then and now, admitted she knew about the false data before the board voted for stringent new regulations and has since apologised for "not sharing".

CARB said the overestimate was due to the board calculating emissions before the economy slumped, which reduced diesel use. But independent researchers said CARB's overestimates came from faulty method of calculation - not the downturn.

Said the PMSA's Mr Garrett: "Our experience is that you can achieve more emission reductions results with voluntary programmes supported by incentives, and you can do it much sooner and more successfully, than you can with regulations."