The innovative, multi‐purpose, conventional propeller built, 20.4m in length overall, equipped with various machinery and systems that have never designed or build before, Line Handling Tug returns to UZMAR’s Izmit Shipyard Port on 5th April 2014, after the first stage of sea trials. 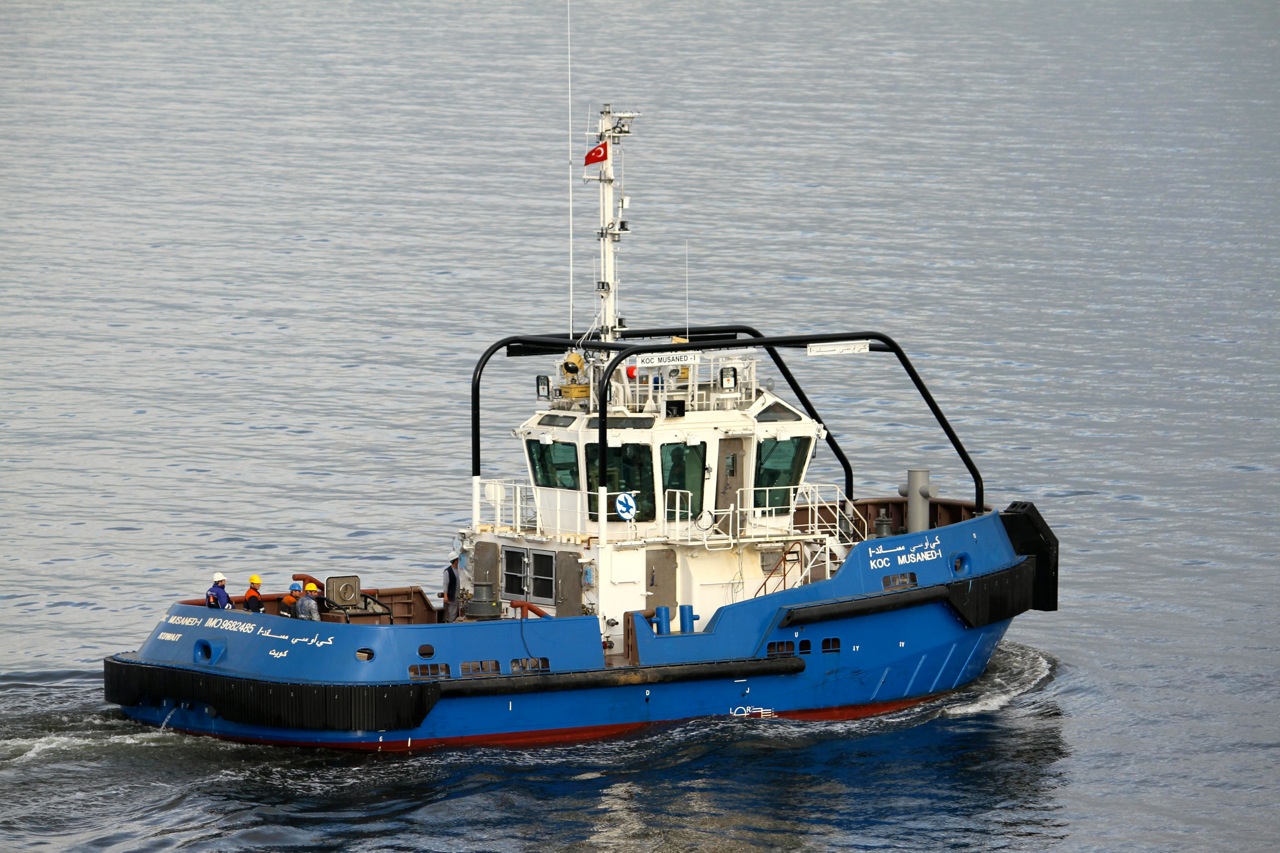 13 April 2014 - 21:04
UZMAR’s Super Silent Smart Tug KOC MUSANED-2 Returns from Sea Trials
The innovative, multi‐purpose, conventional propeller built, 20.4m in length overall, equipped with various machinery and systems that have never designed or build before, Line Handling Tug returns to UZMAR’s Izmit Shipyard Port on 5th April 2014, after the first stage of sea trials.
The equipment adjustments, functional check of main systems and propulsion characteristics have confirmed the readiness of the ship.
The launching ceremony of the Smart Tug KOC MUSANED‐2 took place on 21st Feb 2014.
The ship was built by UZMAR Shipyard, also known as “Workboat and Tug Factory “of Turkey.
The designer is Robert Allan Ltd. who was able to integrate a very complex list of equipment to such size of a compact boat but those were necessary for the required duties.
The ship is designed for a wide range of mooring operations, oil spill response included.
Smart Tug KOC MUSANED-2 is one of the good examples of new technology application.
The tug is powered by twin CAT C32 marine engineseachproducing1200bHP at 2000rpmcoupled through ZF reversing gear box to Teignbridge propellers in nozzles and the triple hi‐efficiency rudder system ensures superior maneuverability.
This arrangement gives the tug a maximum bollard power of 19 tons ahead and speed of 10.5kts.
Caterpillar 4.4 auxiliary generator, rated 86 ekW-°©‐50hz at 1500 rpm is installed to meet not only domestic shipboard loads but also to power the electrically driven deck machinery.
The Trials Speed is determined by averaging all of the measured speeds during each of the 4 runs.
The fully ballasted vessel sailed with 11.5kts where 10.5kts is required at 90%MCR.
For the Crash Stop Test, the propulsion machinery is set to the contracted maximum service setting then the trial begins once the order to "Execute Crash Stop".
At this point the propulsion machinery is set to full-°©‐astern and the helm is put hard‐over to both port and then the starboard. The vessel reached 0kts from the max power at 3 vessel length which is 61,metros.
At the Endurance Test, the propulsion machinery is set to the contracted maximum service setting and the fuel flow, exhaust and cooling water temperatures and ship's speed are all recorded where the all of them are excellent. Manoeuvring trials completed on a direct and reverse spiral manoeuvres, zigzag, and lateral thrusters use tests.
Z manoeuvring test (35'/30', 30'/35') reached under 11 seconds. The Sea‐keeping measurements of ship motions in various sea states followed by a series of analyses to determine comfort levels proved the high quality of UZMAR’s manufacturing qualities.
Bollard Pull test is defined as 21.5 tonnes exerted at 90% MCR, on a shore‐mounted bollard through a tow‐line, measured in a practical test where 19 tonnes of Bollard Pull was required at 100%MCR.
Acoustic & Vibration measurements were well under the maximum levels of IMO and Lloyd’s Register. The wheelhouse acoustic and vibration measurement is 59.3dB at 90% MCR.
This news 12146 hits received.

Shipping costs to rocket as mandates hit next year