Home OPINION How do you calculate loss of earnings following a collision?

How do you calculate loss of earnings following a collision?

The recent case of Astipalaia vs Hanjin Shenzhen [2014] EWHC 120 (Admlty) has revisited the existing case law on assessment of damages following a collision and provided further clarification as to the appropriate test to be applied. 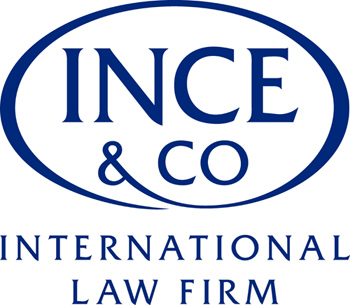 13 April 2014 - 11:58
How do you calculate loss of earnings following a collision?
The recent case of Astipalaia vs Hanjin Shenzhen [2014] EWHC 120 (Admlty) has revisited the existing case law on assessment of damages following a collision and provided further clarification as to the appropriate test to be applied. On 26 March 2008 there was a collision between the fully laden VLCC tanker Astipalaia and the container ship Hanjin Shenzhen in the approaches to Singapore where Astipalaia was due to discharge. As a result of the collision, Astipalaia suffered damage to her hull, guard rails and mooring chock. Astipalaia was able to proceed into Singapore to discharge her cargo.

The background factsAt the time of the collision, Astipalaia was trading in the VLCC spot market which in early-mid 2008 was particularly buoyant and the vessel was acceptable throughout the industry to oil majors and other first class charterers. However, Astipalaia was unfixed for her next employment at the time of the collision.
As a result of the incident, the vessel’s oil major approvals were temporarily placed on “technical hold” by the majors pending the usual investigation into the collision. Astipalaia was also required by class to undertake permanent repairs before any further employment.

Astipalaia sailed from Singapore to Dubai in ballast and entered dry dock for permanent repairs which lasted around 10 days. On exiting dry dock, Astipalaia was still unable to resume trading on the VLCC spot market as the “technical hold” had not then been lifted. In the absence of oil major approvals, Astipalaia was fixed to NITC to be employed as floating storage off Kharg Island, Iran on a 60 day period charter, during which time the “technical holds” were dealt with and lifted. She completed the NITC fixture and was redelivered at Fujairah on 29 June 2008 after which she resumed her normal pattern of spot trading.

Accordingly, despite the time in dry dock only lasting some 10 days, Astipalaia was effectively unavailable for her primary trading market for the entire period from 26 March 2008 to 29 June 2008. Astipalaia brought a claim for loss of profits based on what the vessel would have earned had she traded on the normal VLCC spot market during that period, giving credit for the mitigation earnings obtained while on charter as floating storage to NITC. The total amount claimed by Astipalaia was approximately US$5,640,000 lost income during that period.

The Reference to the RegistrarFollowing agreement on liability, the quantum of Astipalaia’s claim was disputed and referred for determination by the Admiralty Registrar. The Court had to consider how to calculate loss of earnings of Astipalaia in circumstances where (1) the vessel did not have a specific next fixture concluded at the time of the collision such that there was no certainty as to what the vessel would have earned next, but for the collision, and (2) the vessel’s oil major approvals had been placed on “technical hold” and were not reinstated until the end of a less lucrative storage fixture.

Astipalaia’s positionAstipalaia’s Owners contended that damages should be assessed on the basis that the best evidence of Astipalaia’s potential earnings, but for the collision, were that Astipalaia would either (i) have been fixed to Indian Oil Corporation (IOC) with whom they had been negotiating for a West Africa-East Coast India fixture at the time of the collision, after which Astipalaia would have resumed a ‘typical’ spot trading pattern of a round voyage from Arabian Gulf (AG) to the Far East, or (ii) had Owners not secured the IOC fixture, the vessel would have undertaken two AG-Far East round voyages. Under either alternative, these two hypothetical voyages would have been completed within roughly the same period of time as the detention period, i.e. by 29 June 2008, such that a reasonable comparison could be drawn between what the vessel could have earned during that period, with what she did in fact earn.

Astipalaia’s Owners relied on the “time equalisation method” set out in The Vicky 1 [2008] 2 Lloyd’s Rep 45, which they argued supported their approach of comparing what the vessel would probably have earned but for the collision with what she did in fact earn in the same period. The hypothetical voyage schedule advocated by the Astipalaia’s Owners and prepared by their expert sought to provide comparable fixtures she could (but not necessarily would) have performed in the detention period in order to place a value on the vessel’s lost earnings. On that basis Astipalaia claimed damages of approximately US$5,640,000.

Their primary case was that the loss period should be split into two distinct periods: (i) the period during which the vessel was completely out of service, when repairs were being completed; and (ii) the period during which she performed the floating storage charter. On that basis, Hanjin Shenzhen argued that whilst they were liable in damages for lost income for approximately US$800,000 for period (i) during the dry docking, by the time of the floating storage charter being entered into after dry docking the spot market had in fact fallen such that no damages were recoverable for period (ii) as the rates achieved under the floating storage business successfully mitigated Astipalaia’s loss.

During proceedings it was accepted by both experts that VLCCs operate in a well-defined and straightforward trading pattern. The largest loading area (around 72% of all VLCC cargoes) is the AG followed by West Africa, with a limited number of cargoes loading in the Caribbean or North Sea/Mediterranean. The Registrar accepted this evidence, and further evidence that of the 72% of cargoes lifted from the AG, around 70% of those cargoes are for Far East discharge. Accordingly, it could be established on the balance of probabilities what sort of business the vessel most likely would/could have achieved during the total detention period.

be taken as a single period finishing on 29 June 2008, not broken into two parts. The arguments on behalf of Hanjin Shenzhen that there were principles of law curtailing or precluding such an assessment were rejected.
On the basis of the expert evidence before him, the Registrar assessed damages in the total sum of approximately US$ 4,960,000 (a loss of earnings of US$ 9,860,000 less US$ 4,900,000) earned during the floating storage contract.

This Judgment confirms that an owner can claim damages not just for the immediate loss of use of the vessel during the period of repairs but also for further knock-on effects to the vessel’s ability to return to normal trading, provided of course that such knock-on effects are not too remote or unforeseeable and that the loss can be proven by evidence.The Judgment also confirms that there is no set rule as to the recoverability of damages for loss of use, and that such recovery is not dependent on proof of a specific lost fixture, nor (if such a fixture is established) that damages are limited to that one fixture but no more.

While there is no set methodology for calculating loss of profits, the methodologies used in earlier cases may be adapted to suit the facts of each case. The principles applied in this case were ultimately the same as those applied in The Vicky 1 and can be said to represent a recognised and well principled approach to modelling a vessel’s likely earnings over a given period which properly takes into account the relevant market position as at the time the hypothetical voyages would have been fixed.

It should be noted, however, that proving one’s loss may be more difficult in other trades. The VLCC trade is sufficiently well established and ‘predictable’, with enough data published, to allow a meaningful expert analysis of what the vessel could have earned. It would be more difficult to undertake the same exercise for ships with a more varied and unpredictable trading pattern.