In a historic announcement closely watched by millions in Turkey and followed from many capitals worldwide, Erdoğan said some 320 billion cubic meters (bcm) of natural gas was discovered in the Black Sea’s Tuna-1 zone where Turkey has been carrying out exploration activities, noting "the newly discovered reserves are only a piece of a larger resource," and the country "will continue to discover more in the near future."

Millions across Turkey waited patiently for 3 p.m. on Friday after Erdoğan said Wednesday he had “good news” that will mark a “new period” for Turkey.

The president said Turkey has long been dependent on foreign companies for oil and gas exploration activities, adding that steps to nationalize these efforts were launched during Finance Minister Berat Albayrak's term as the country's energy minister. Erdoğan specifically thanked Albayrak and current Energy Minister Fatih Dönmez for pioneering the projects.

Turkey's natural resource exploration activities were initiated and gained ground during the period when Albayrak served as energy and natural resources minister between 2015 and 2018. 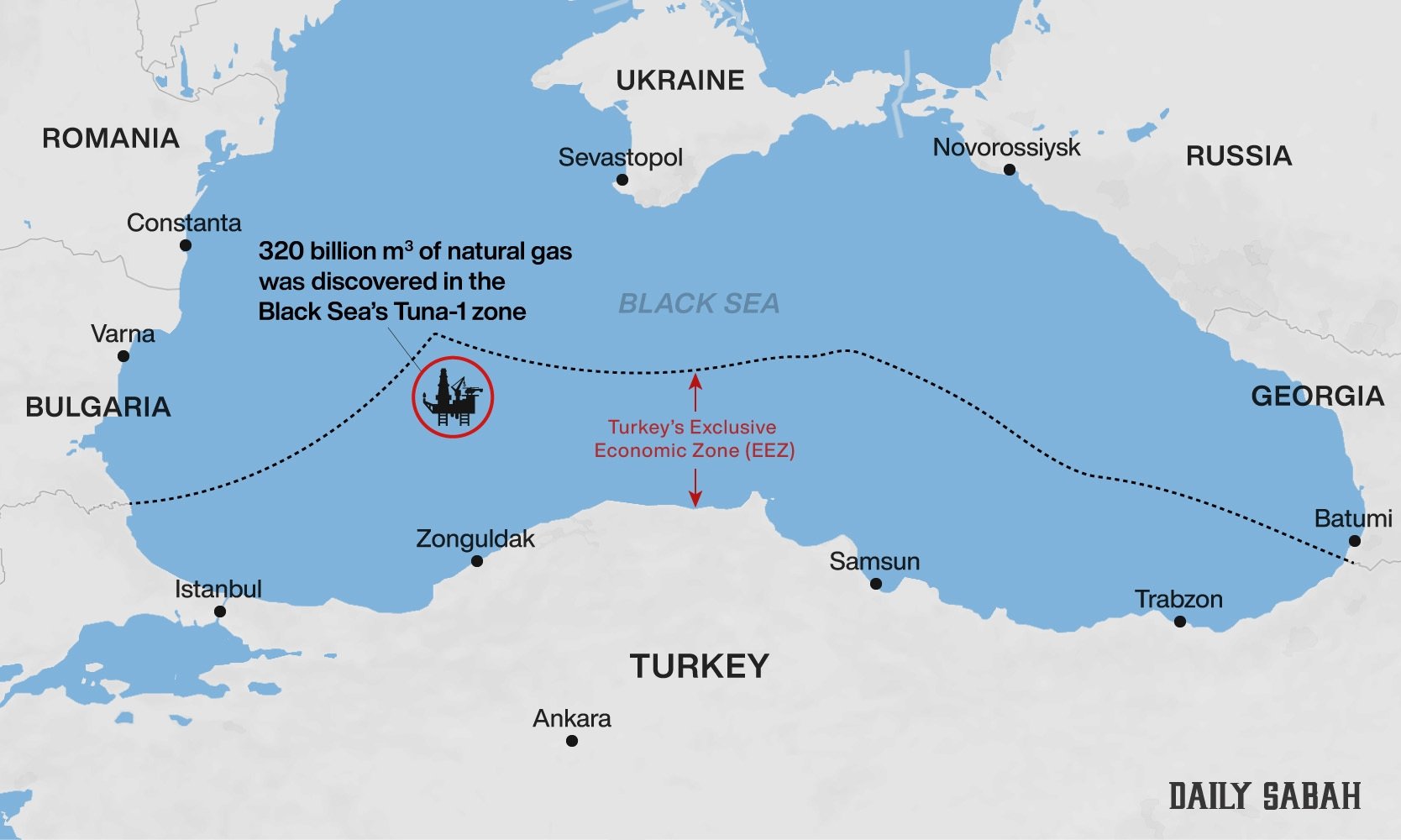 He was appointed to lead the Treasury and Finance ministry in the new Cabinet after Turkey switched from a parliamentary system to the current presidential system in 2018 after the majority of Turkish voters opted to create the new system.

Erdoğan underlined that the country’s mineral exploration policy changed in 2017, and Ankara commissioned three drilling ships along with two seismic vessels not only in the Black Sea but also in the Eastern Mediterranean. The newly discovered reserves are expected to be available for public use in 2023, he also said.

“We do not have the slightest external dependency in our research activities that we perform well below world prices. We have achieved this success because we act with local and national resources,” Erdoğan said.

Turkey’s first oil and gas drilling vessel, Fatih, set sail from northern Turkey’s Trabzon on June 25 for its long-awaited drilling mission in the Black Sea following the completion of installation projects. The Fatih drillship joined the Turkish Petroleum Corporation (TPAO) inventory in 2017, during Minister Albayrak’s term as an energy minister.

Fatih was set to start its first drilling activities in the Black Sea in the Tuna-1 zone in mid-July, Dönmez announced at the time.

The newly discovered natural gas was found during the ninth round of deep drilling, Dönmez said Friday, during a live broadcast from the drillship Fatih.

“The Tuna-1 well is located on the seabed at a depth of 2,100 meters (6,890 feet). We drilled 1,400 meters further, where we hit the gas reserve. We will drill a further 1,000 meters where two more layers are expected,” Dönmez said, highlighting that the quality of discovered gas is also high, “which will possibly affect (decrease) potential cost of extraction.”