The nuclear option for shipping

Finding a ‘magic bullet’ that will provide shipping with dramatically reduced GHG and CO2 emissions, looks like a long and tortuous road, as pressure increases from governments and environmental groups. 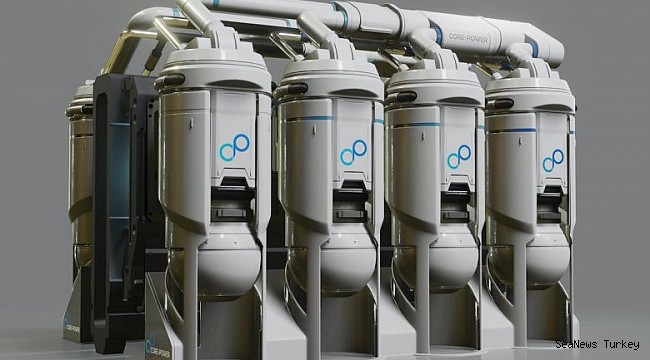 27 August 2020 - 11:14
The International Maritime Organization (IMO) has mandated with unanimous approval from 197 countries that shipping must reduce emissions by 50% of the 2008 total before 2050. This means an actual emission reduction of almost 90% by 2050.

The ‘seascape’ is that there are some 60,000 cargo ships plying their trade on the oceans of the world and it seems a mammoth undertaking to implement the necessary changes to ensure that shipping reaches those targets within the mandated timeframe. New ships may be designed as ‘zero carbon’ or ‘carbon neutral’, but what of the energy sources that will deliver those reduced emissions? Pushing emissions from sea to land and relying on super-low density, intermittent renewable energy will only make matters worse, not better.

The reality is that the only viable technology which can deliver a durable combination of close-to-zero emissions, marine-level reliability, walk-away safety and competitive economics, is atomic energy. Not ‘old nuclear’, like the technology that is used on naval submarines, aircraft carriers and ice breakers which is totally unsuited to commercial shipping, but new advanced ‘atomic battery’ technology. This would provide all the positive benefits of atomic energy, without the negative problems of old nuclear.

Old nuclear has a major image problem. Large, ugly, evil looking machines that require billions spent on containment to make sure they don’t blow up. They don’t usually, but public opinion is a big hurdle. For most people, it’s all about the fear of exposure to strong radiation from accidents, and of nuclear material falling into the hands of the ‘wrong people’.

Now, excitement is building at the centre of our industry around the development of ‘atomic batteries’ for marine propulsion. These would be mass-manufactured power units based on marine Molten Salt Reactors (m-MSRs), a radical departure from nuclear as we know it. m-MSRs promise delivery of ample, reliable energy for fully electric large ships (suezmax to VLCCs, cape to VLOCs and panamax to Triple-Es etc) that would not need refuelling for up to 30 years. Zero emissions would come as standard.
Safety is in every respect the primary aspect of any atomic machine, it is also the basis on which public opinion is formed. Losing coolant in a reactor is potentially disastrous and is a challenge that is largely responsible for the poor public image of ‘old nuclear’. In the m-MSR atomic battery, the fuel is the coolant and the coolant is the fuel, so coolant cannot be lost. What happened at Chernobyl or Fukushima is unthinkable with an m-MSR.

Since there would be no refuelling, there would be no handling of spent fuels and therefore no practical proliferation issue of atomic material to deal with. That level of passive, walk-away safety is unprecedented, even in gas and diesel technology. The m-MSR ‘atomic battery’ promises enormous liquid energy under no pressure to run a 35MW VLCC for 20 years at close to 30% less than the cost of VLSFO, and as much as 70% cheaper than green ammonia, with no emissions and no refuelling stops.

Core-Power, based in London, is working with a consortium of leading m-MSR developers to build atomic batteries that can be used for electric propulsion in very large ships. The technology can also provide green electric power and industrial heat for rapid mass-production of synthetic electro-fuels such as green ammonia for smaller ships.