Globally the number of vessels in the LNG bunker fleet continues to grow in response to the increasing number of LNG-powered vessels in service and in support of the growth of the LNG market. 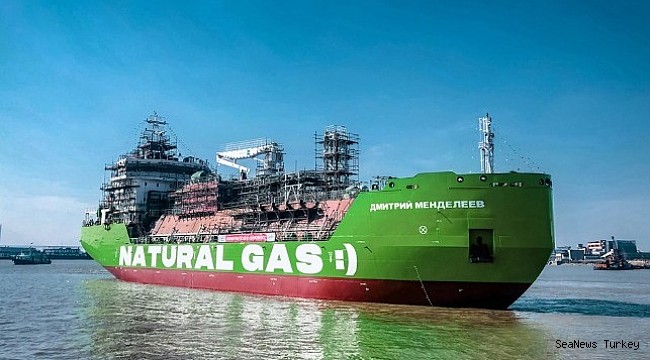 Russia’s first LNG bunker vessel was recently launched and in Spain the European Commission has agreed to assist in financing the construction of the first LNG supply vessel to operate in the Port of Algeciras.

As the year comes to an end, 2020 saw the introduction of several high-profile LNG bunker vessels and overall growth in the market. Among the notable vessels was the largest yet built bunker, which is being based in Rotterdam. Japan also introduced its first LNG supply ship operating in Tokyo Bay. According to DNV GL, 175 LNG-powered vessels are operating in the world with 20 bunkering vessels supplying LNG. Other ports, such as Spain, are currently doing truck-to-ship fuelings.

Russia’s Gazprom Neft recently launched the country’s first LNG bunkering vessel. Named in honor of Russian chemist and researcher Dmitry Mendeleev, the ship measures 328 feet and can transport up to 5,800 cubic meters of liquid natural gas. Because the vessel will be operating in the Baltic and the Gulf of Finland, it is also uniquely fitted with an Arc4 ice-class reinforced hull, which means it can navigate one-year-old ice up to approximately two and a half feet thick independent of an icebreaker.

The Russian LNG bunker vessel was recently moved to its fitting out berth for the final installation of navigation systems and controls. Sea trials are planned for spring 2021 and Gazprom expects it will be in service in the second half of 2021.