On May 2nd, 2015, the CMA CGM KERGUELEN entered the convoy crossing the Suez Canal 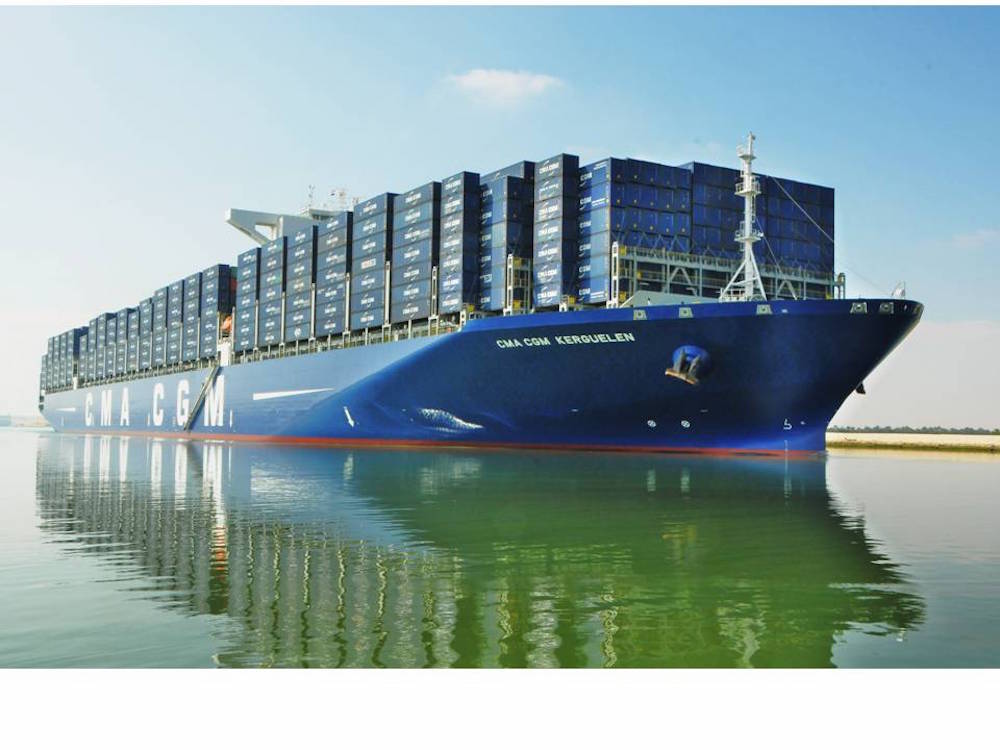 The Suez Canal, at the crossroads between the Asian, African and European continents, has beyond its geostrategic positioning, a particular importance for CMA CGM, one of the world’s leaders in container shipping. In 2014, the Group sailed 637 times through the Suez Canal with its vessels positioned on 11 regular services.

Built between 1859 and 1869, under the supervision of Ferdinand de Lesseps, the Suez Canal is one of the major human-created canals and used by global maritime transport in order to avoid navigating around Africa. 193 km long and an average width of 345 m, it is crossed by approximately 20,000 ships each year.

The entry into fleet of giants of the seas such as the CMA CGM KERGUELEN, carrying up to 17,722 TEUS, implies that maritime channels must upgrade their size in order to adapt to container ships’ and maritime traffic’s development. In August 2014, the Egyptian president launched the enlargement works of the Suez Canal, which should last 5 years. The existing waterway will be dredged, deepened and enlarged on 37 kilometers, and the width doubled on 35 kilometers, thus enhancing traffic by reducing the transit time required to cross it.

The CMA CGM KERGUELEN will cross the canal twice during her 77 days rotation between Asia, the Mediterranean and North Europe, and back.

Delivered on March 31 in Korea, the CMA CGM KERGUELEN is sailing towards Tangier (Morocco) where she will call on May 7, and, then towards Europe. She will be christened in Le Havre on May 12.