Members of the crew of the cargo ship Maersk Tigris that had been detained by Iranian authorities, have been released Wednesday. 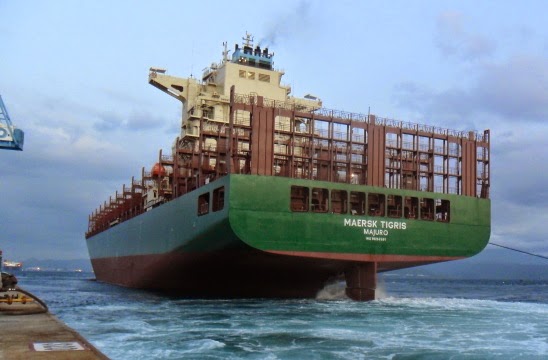 Members of the crew of the cargo ship Maersk Tigris that had been detained by Iranian authorities, have been released Wednesday.
The statement was made by the Iranian Foreign Ministry’s Spokeswoman Marzieh Afkham, as quoted by AFP information agency. She noted that all people on board are in ‘’good health’’ and can receive counselor services immediately if needed.
Ms Afkhim added that the ship could be immediately released if ‘’its overdue debt is settled’’. "We are in communication with officials from the Republic of the Marshall Islands as well as with the shipping company to determine the best steps forward to ensure the peaceful resolution of this incident and the safe passage of the ship and crew," said Ms. Harf.
She elaborated that the detainment of the vessel should not be seen as a political act, as it is in alignment with international trade agreements.
Negotiations are currently ongoing and both sides have expressed the hope that the issue will be settled in the upcoming day or two. The vessel had twenty four crew members on board, including people coming from Bulgaria, Romania and the UK. A Bulgarian captain is commanding the vessel initially detained in Iran on account of ‘’peculiar activity’’. -