An ultra large container ship operated by Evergreen ran aground on the Suez Canal on Tuesday, blocking traffic on one of the world’s most important waterways.

An ultra-large containership is aground and blocking ship traffic in the Suez Canal.

AIS data shows the MV Ever Given is stuck sideways towards the south end of the canal near Suez, Egypt, preventing ships from passing in either direction. Several tugs have been on scene for several hours working to dislodge the ship.

It is stated that the grounding occurred at 7:40 a.m. local time on Tuesday (March 23) at kilometer 151 after the vessel suffered a black out while transiting.

A picture taken by crew onboard another ship in the canal, the Maersk Denver, shows the 2018-built 20,388 teu Ever Given, which was en route from Shenzhen to Rotterdam, blocking the canal in both directions after it got stuck near the Red Sea entrance of the canal.

It seems the Ever Given had just begun its transit of the waterway as part of a northbound convoy when the incident occurred.

It i reported that the 199,489 GT ship was fifth in the northbound convoy. None of the vessels before it were affected, but the 15 behind it were detained at anchorages waiting for the Canal to be cleared. The southbound convoy was also blocked. 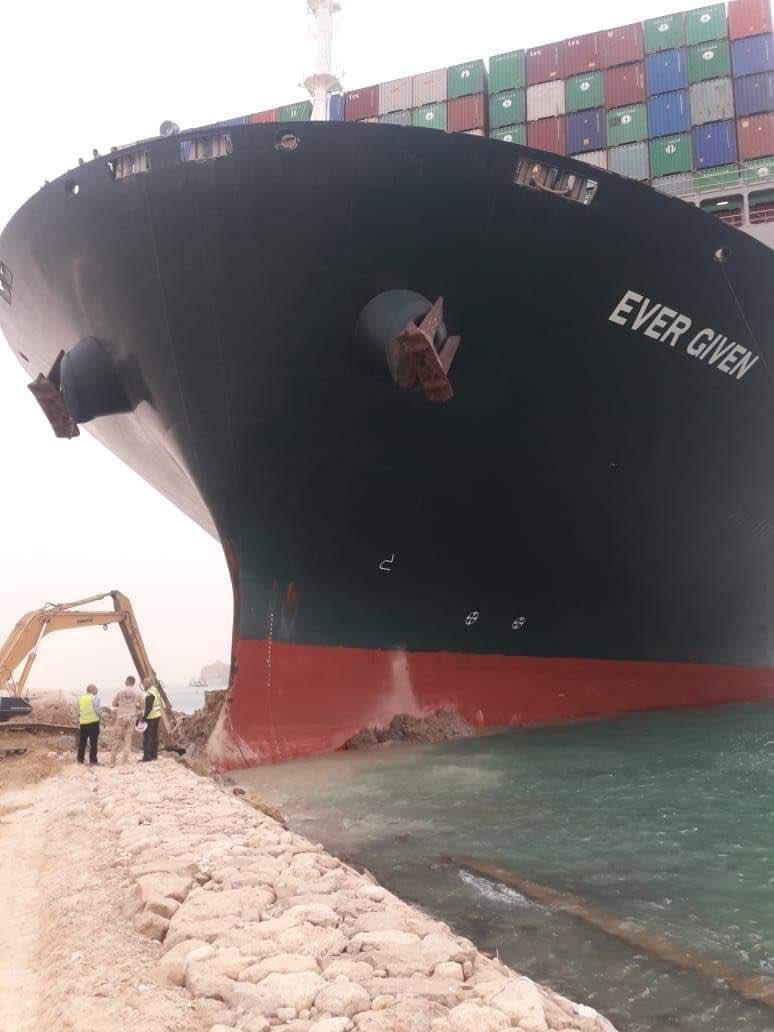 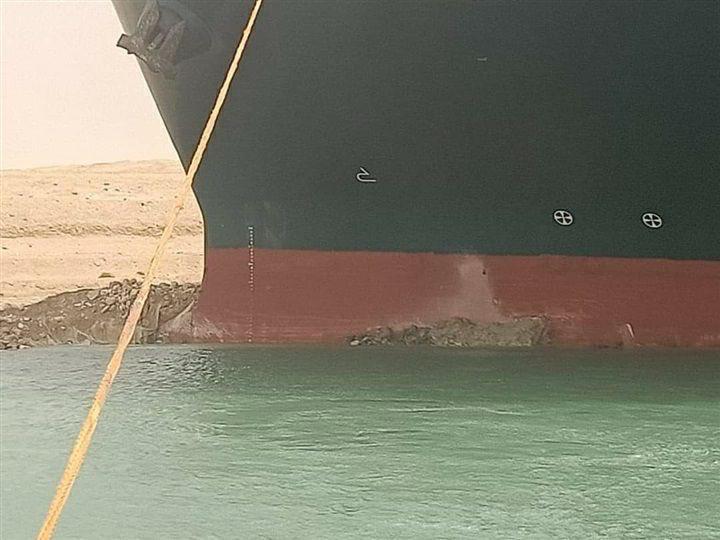