Tanker disposed of toxic chemicals in the Northsea 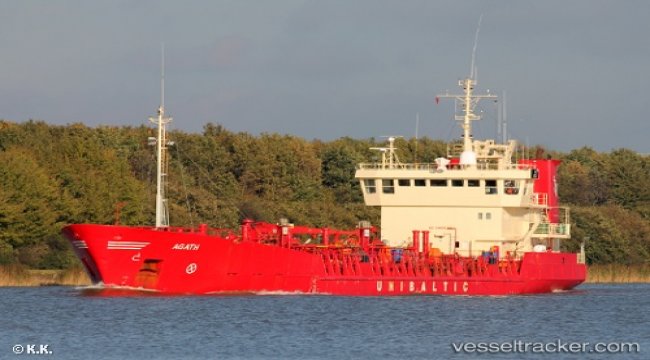 The captain and the 1st officer of the 'Agath' were accused of pumping dirty wash water into the sea. The public prosecutor's office Hamburg as well as the water police Stade started investigations. The tanker has disposed of highly toxic chemicals in the North Sea illegally. The ship had been in Cuxhaven from June 18 to 29, 2018, and had previously emptied six tanks in Rotterdam, which had been loaded with two different chemicals. On the way from Rotterdam to Cuxhaven, however, the tanks were not cleaned because originally both products should be loaded again. In Cuxhaven, the ship waited for further instructions. When the order changed so that only one chemical should be loaded, the ship sailed from Cuxhaven into the North Sea and led the wash water into the sea, which was supposed to have been mixed with the chemical EDC. Thereupon the ship headed for Stade. The prosecutors assumed that this was a dumping trip. The captain and the 1st officer had dt pay a security fine in the amount of 21,450 Euros. The sum corresponded to the expected fine. The investigation was continued. The ship berthed in Cuxhaven again on July 2 at 4.15 p.m.