Suez Canal: an inevitable route for the CMA CGM Group

Suez Canal: a route providing the CMA CGM Group’s vessels an alternative to the Cape of Good Hope route and to the Panama Canal. Over 600 CMA CGM vessels sail through the Suez Canal each year 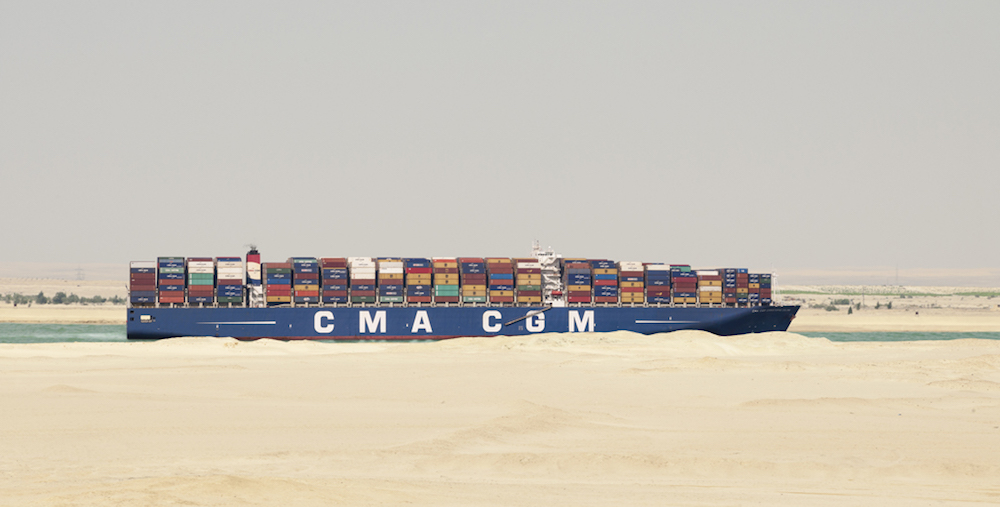 03 August 2015 - 11:53
Inauguration of the New Suez Canal, a strategic and crucial route for the world commercial exchanges and for the CMA CGM Group’s vessels.
The New Suez Canal will be inaugurated on August 6th by the President of Egypt Abdel Fattah Al-Sisi, and 5,000 distinguished guests – public and private personalities, institutions and international companies such as the CMA CGM Group. 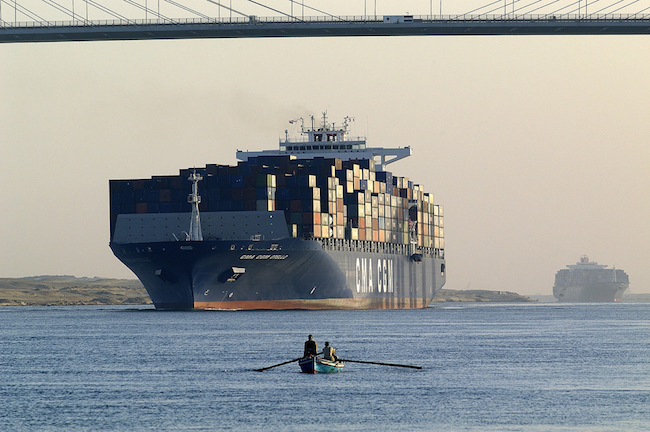 Suez Canal: a major route for world trade and the CMA CGM Group offering an alternative to round Africa and to the Panama Canal
The Suez Canal was first built from 1859 to 1869 under the supervision of Ferdinand de Lesseps. It is one of the main canals constructed by men. It was built for maritime transportation in order to avoid sailing around Africa.
The Suez Canal is the shortest route between east and west and enables the CMA CGM Group’s vessels to reduce their sailed distances.
For instance, the Suez Canal decreases:
-          By 6,000 kilometers the distance between Singapore and Rotterdam, and by 9 days the sailing on the CMA CGM FAL11 service, compared to the route via the Cape of Good Hope

-          By 7,000 kilometers the distance between Jeddah and Rotterdam, and by 10 days the sailing on the CMA CGM EPIC service, compared to the route via the Cape of Good Hope

-          By 4,000 kilometers the distance between Singapore and New York, and by 7 days the sailing, by transiting through the Suez Canal rather than through the Panama Canal.

By decreasing the length of the CMA CGM vessels’ trips the Suez Canal contributes to the Group’s environmental policy. Its commitment enabled the reduction by 50% of the CO2 emissions by container / km since 2005.
-          On the CMA CGM Group’s FAL line, joining Asia to Europe, the Suez Canal enables a 44% reduction of the CO2 emissions compared to what would be released if vessels were sailing by the Cape of Good Hope-          On the MEX line, this reduction reaches 68%.
The New Suez Canal will double the transit capacity by 2023 and enable a more rapid and fluid sailing for the CMA CGM Group’s vessels
Longest canal in the world, with a 193 km length and a 345 m width, the Suez Canal is crossed by about 20,000 vessels each year, and by 8% of the world maritime traffic.
The works on the New Suez Canal lasted a year during which were achieved:
-          The construction of a parallel route to the old Canal, with a length of 34 km-          The doubling of the canal’s width on 37 km. 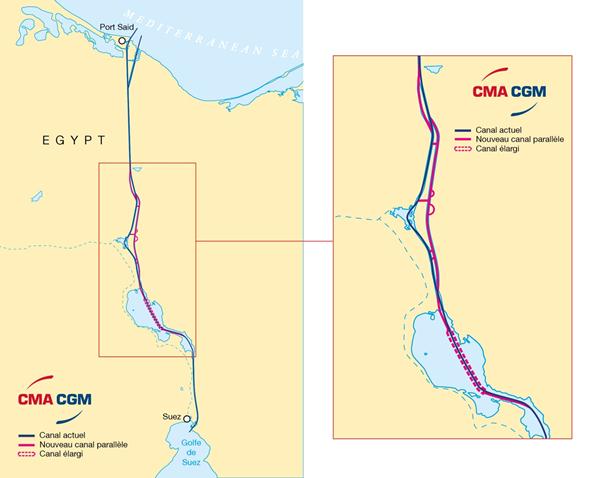 With the New Suez Canal:
-          The number of vessels sailing through the Canal will be doubled: from an average 49 vessels transiting daily through the canal today to 97 in 2023, in order to respond to the trade growth perspectives and to maritime carriers demand-          Transit times will be decreased from 18 to 11 hours for northbound convoys byo   Reducing vessels’ waiting timeo   Enabling a continuous and simultaneous vessel sailing.-          Suez Canal competitiveness will be improved. Over 600 of the CMA CGM Group’s vessels transit each year through the Canal
The Suez Canal, by joining Asia to Europe and Africa, not only is a geostrategic symbol; it also has a special importance to the CMA CGM Group, a leading worldwide shipping group.
CMA CGM vessels sailed through the Canal 637 times in 2014. 11 of the Group’s services use the canal regularly, including the French Asia Line, CMA CGM emblematic line joining Europe, the Mediterranean, the Middle East and Asia. 700 of the Group’s vessels will cross the New Canal in 2015.
Nicolas Sartini, CMA CGM Group Senior Vice President Asia to Europe trades: “CMA CGM is the 3rd shipping group in the world, a key partner to the Suez Canal and a major player for the world commercial exchanges. The New Suez Canal finalization is a major event for us. Our vessels use that strategic route serving the world’s main markets each day. Traffic through the canal being more fluid and transit times shortened, our Group will improve its clients’ offer and its service reliability”.