Thousands of mariners are unable to sign off from their ships, causing considerable mental agony to them and their families 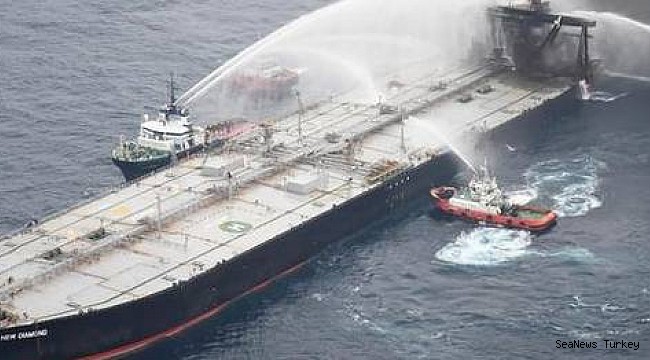 The sea is a tough task master and mariners often have to grapple with the vagaries of nature such as rough seas, strong winds, storms and cyclones. Emergencies such as oil spills, collision, grounding, fire and flooding are the nightmare of any mariner.

For instance, on September 3, the Motor Tanker (MT) New Diamond, a Greek-owned vessel under charter by Indian Oil Corporation, caught fire off Sri Lanka following a major explosion in the engine room. The ship was reportedly carrying crude oil from Kuwait destined for Paradip in India. The Indian Coast Guard (ICG), Indian Navy and the Sri Lankan Navy have been rendering assistance to the distressed vessel.

Earlier, on July 25, Motor Vessel (MV) Wakashio, a Japanese-owned vessel ran aground off the coast of Mauritius. The ship split into two and was leaking oil. The Indian government dispatched 30 tonnes of technical equipment and a 10 member ICG team to contain the oil spill in the true spirit of helping a maritime neighbour.

The Covid-19 pandemic has brought to the fore the professionalism and dedication of over two million mariners who serve in the world’s merchant marine fleet. Despite constraints, shipping has continued to service world trade, including supply of medical stores, food and other basic essentials that are critical for Covid response and recovery. However, several thousands of seafarers face a humanitarian crisis as they have been stranded at sea, unable to sign off from their ships, with contracts extended by several months.

Difficulties in port-access and uncertainties caused by closure of national borders, curtailed flights and quarantine have affected ‘crew changes’ causing considerable mental agony to mariners and their families. Similarly, those waiting ashore to join their ships too are facing problems. Seafarers start getting paid their salaries only once they join their ships and so many of them are in the grip of financial woes.

However, more than the weather, it is the marine pirates off Somalia, in the Gulf of Guinea or the Malacca Straits, who pose a grave danger to seafarers. Pirates have kidnapped several sailors for ransom and in the process tortured, killed, maimed several of them causing mental trauma to the sailors and their families. Some have been returned after several years in captivity.

The maritime sector has several stakeholders which include merchant ships, shipping companies, ports, container stuffing/de-stuffing agencies, stevedores, freight forwarders, custom house agents, ship chandlers shipbuilders, ship repairers, etc. Ultimately however, it is the ‘mariner’ who ‘puts out to sea’ in his merchant vessel that constitutes the cutting edge of the maritime industry and connects countries, ports and people, several thousand nautical miles apart.

Mariners often spend over six months continuously at sea, thousands of miles from home, cut off from their families except for phone calls and e-mails, which are a more recent development. During their long voyages, most mariners are unable to even step out in foreign shores since technology and automation have ensured quick loading or unloading of ships and, therefore, they are in port for barely a couple of hours.

Over 70 per cent of planet Earth is covered by the waters of the five oceans. We today live in a globalised and commercialised interconnected world. Ships of various sizes and shapes criss-cross the oceans along the International Shipping Lanes keeping the wheels of the global economy moving. For instance, the largest container ship today can carry more than 23,000 containers in a single voyage, which was unthinkable a few decades ago.

Shipping is the most efficient and cost-effective method of international transportation for most goods. It is, therefore, not surprising that about 90 per cent of global trade is carried across the seas. The role of shipping in transportation of crude oil and gas is very critical in ensuring energy security for most countries.

International Maritime Day holds significance for India as a maritime nation, both historically and due to its geo-strategic location. Indian sailors used the monsoon winds to sail the high seas to trade with distant lands. They are said to have made use of the ‘Matsya Yantra’ or the magnetic compass. About 90 per cent of India’s trade by volume and 72 per cent by value are carried across the oceans. India also provides about eight per cent of all global mariners.

As India embraces a true ‘Blue Economy’ and advances ‘Project Sagarmala’, issues such as the state of our major ports and ship-building yards when compared to those of advanced countries and the fact that only about 10 per cent of our cargo is carried in Indian-flagged ships must cause concern to the government and society alike.

In these times of pandemic, mariners are the unsung heroes. Unlike doctors, nurses, policemen and sanitisation workers amongst others who have received accolades, the mariner, far at sea is out of sight and out of mind. They did not hear the clapping or see the lighting of lamps and the fly pasts by aircraft in the honour of frontline Covid-19 warriors. While the IMO and in India, the Ministry of Shipping and Director General Shipping have made efforts, much remains to be done to mitigate the problems that the maritime industry faces.