In spite of COVID-19 and rough seas Sanmar Shipyards arranged delivery of another new tug to Latvia on schedule, to join the AS PKL Flote fleet in the port of Ventspils.

The latest delivery is a Robert Allan Ltd. designed Ramparts 2200 Class 50t BP ASD tug, the 8th of the series from Sanmar. Originally named simply Sirapinar VIII, AS PKL Flote has re-named her ALTAIR. Sanmar is currently building the 18th sister of the series.

Sergejs Odincovs, Chairman of the AS PKL Flote, commented “Sanmar Shipyards’ tugboat series “Sirapinar” was chosen, amongst other leading Turkish & European shipbuilders, as the best combination of technical characteristics, high quality and reasonable price. During the tender Sanmar’s commercial & technical team suggested good solutions which were very flexible and quickly adapted to our wishes.” He continued “During the construction process we paid special attention to relationship building with Sanmar’s team – including all staff from the artisan to senior management, all were extremely helpful and cooperative at every stage and put a part of their soul into our new tugboat. All our demands during the construction process were implemented in the best way possible. The schedule was very tight (8 months only) but all stages were completed on schedule. Cooperation was always smooth, and we would be happy to continue our collaboration in the future.”

“ALTAIR has been modified by means of ice-strengthening the hull in order to operate in icy conditions” said Ruchan Civgin, Commercial Director of Sanmar Shipyards “We are very proud to build and deliver this tug to AS PKL Flote and we feel certain that this first tug is only the start of a long-lasting relationship.” 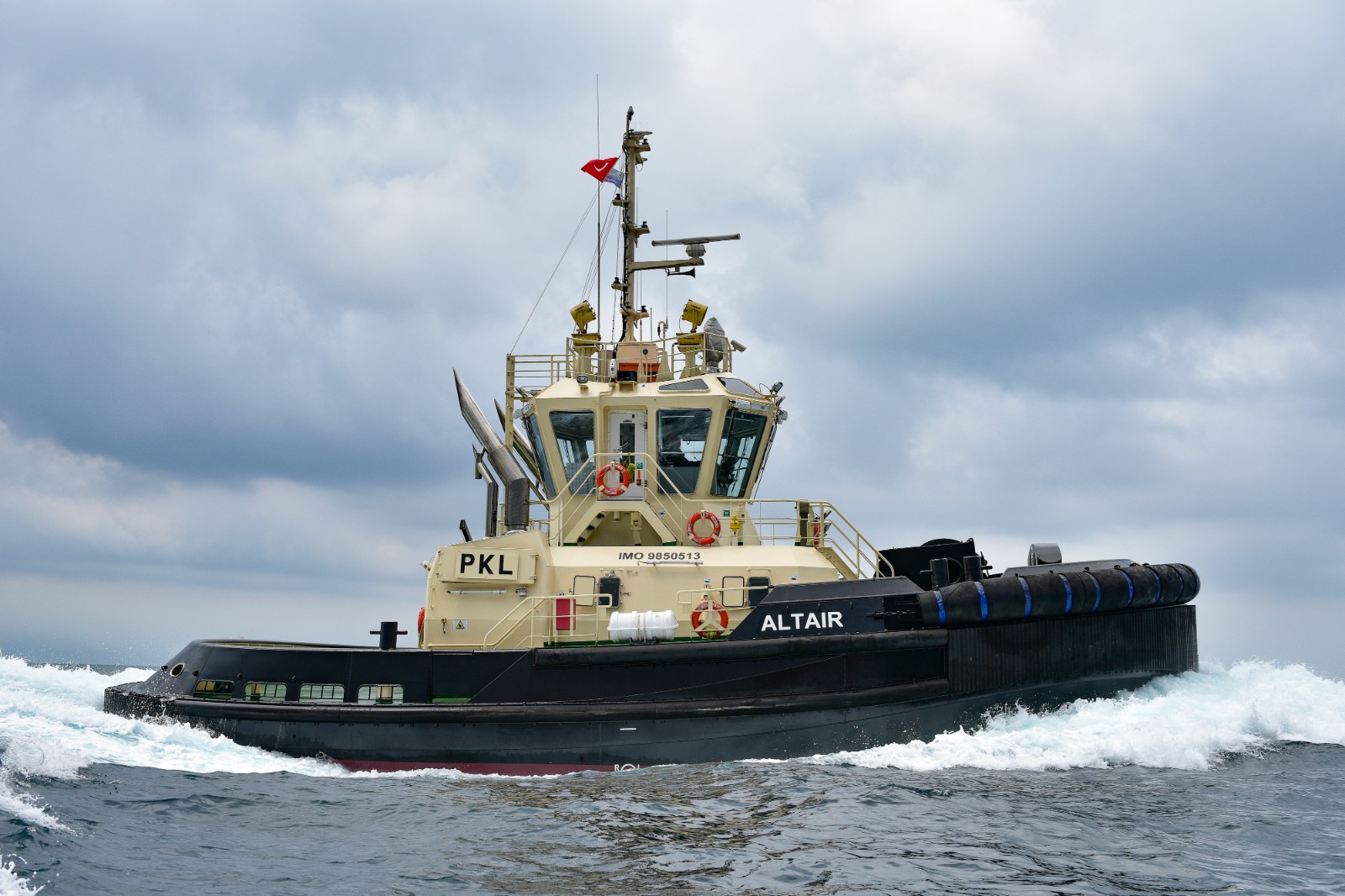 ALTAIR will operate in the port of Ventspils – a thriving deep-water port on the East coast of the Baltic Sea. For centuries Ventspils has connected transiting Russian and Belarus cargoes, such as fertilizers, potassium salt, coal, grain, general cargo, ro-ro and others. The annual throughput of the port is around 20 million tons. The technical capabilities of the ice-free port allow to service the largest vessels entering the Baltic Sea all year round.

The crew said that “The tug has met all our expectations. Compact size, good manoeuvrability in combination with enough power makes it ideal for our port.” They describe their first impression as like having a new luxury car – smart design, good materials, and quality of outfit with attention to detail.


PKL Flote, a member of the Alfons Hakans Group, is a Latvian tugboat company which specialises in harbour and sea towage in the Latvian ports of Riga and Ventspils. PKL Flote has 6 modern and powerful ASD tugs and the entire group owns and operates more than 50 tugboats, barges and workboats.  In addition to core tugboat services, the PKL fleet is used for icebreaking, firefighting, transporting people and small cargoes and for emergency services.

Sanmar Adds "IYIDERE" to Its Portfolio as Targe Towing from UK have ordered!
These news may also interest you
Turkey's Sanmar delivered high-performance VSP tugboat to Italian TRIPMARE