Sanmar have decided to discontinue with Dogancay and Ulupinar Series which to date have accounted for 31, 26 and 20 units built and delivered respectively since 1995.

Whilst Sanmar can always celebrate the importance of its early tug designs as integral to its success, the past has inevitably to make way for the future. Progress is not inevitable, it is up to us to create it and often, progress is not to be found in enhancing what is, but advancing toward what will be. 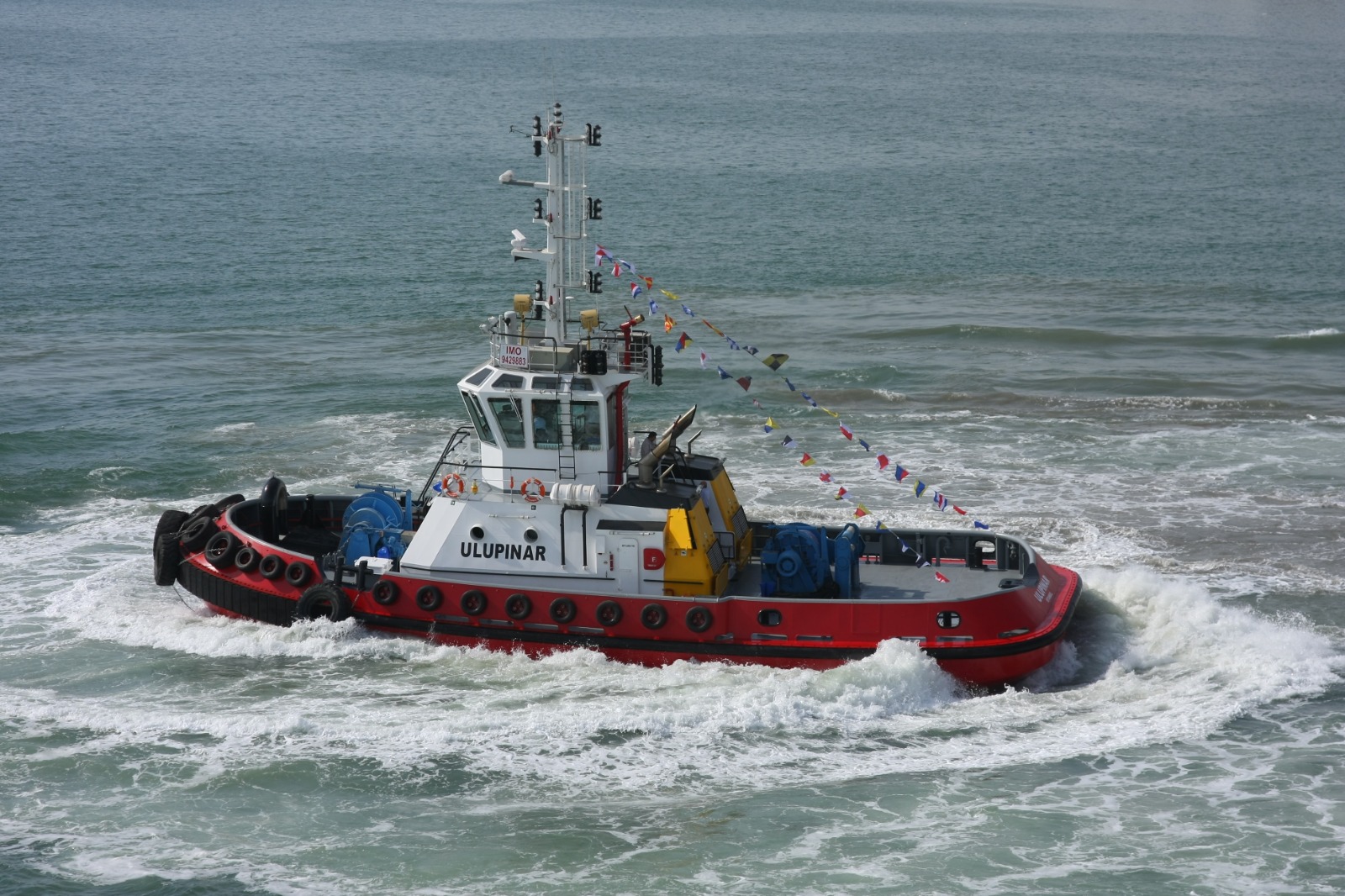 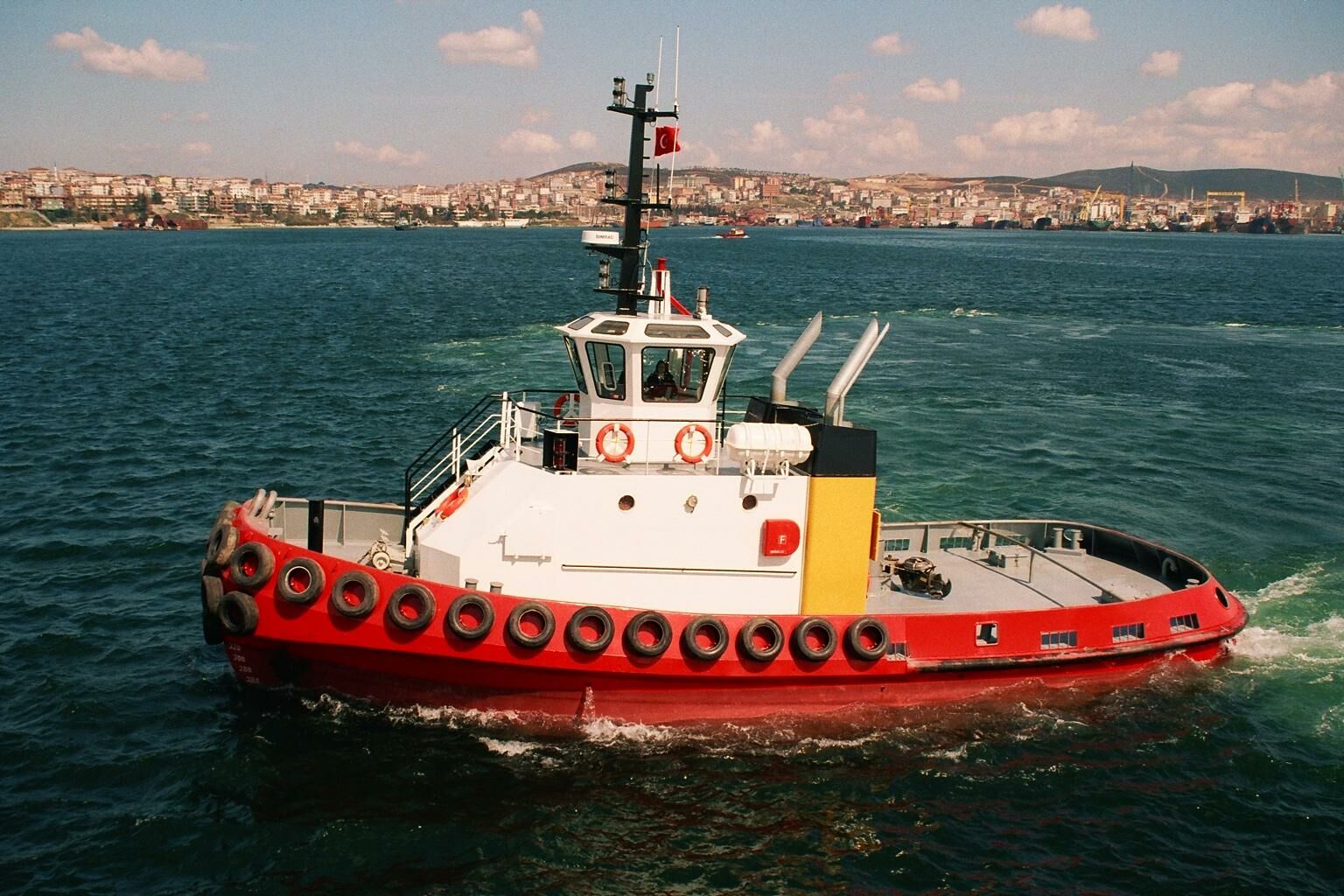 So, it is with enormous pride and not a little fanfare that we have decided to discontinue our early Sanmar, Dogancay and Ulupinar Series which to date have accounted for 31, 26 and 20 units built and delivered respectively since 1995. In their place, customers will find a new breed of tug optimised for the modern demands of power, performance, manoeuvrability and reliability. Designs that meet today’s challenges of greater fuel efficiency, lower emissions and crew comfort without compromising on build quality and toughness. 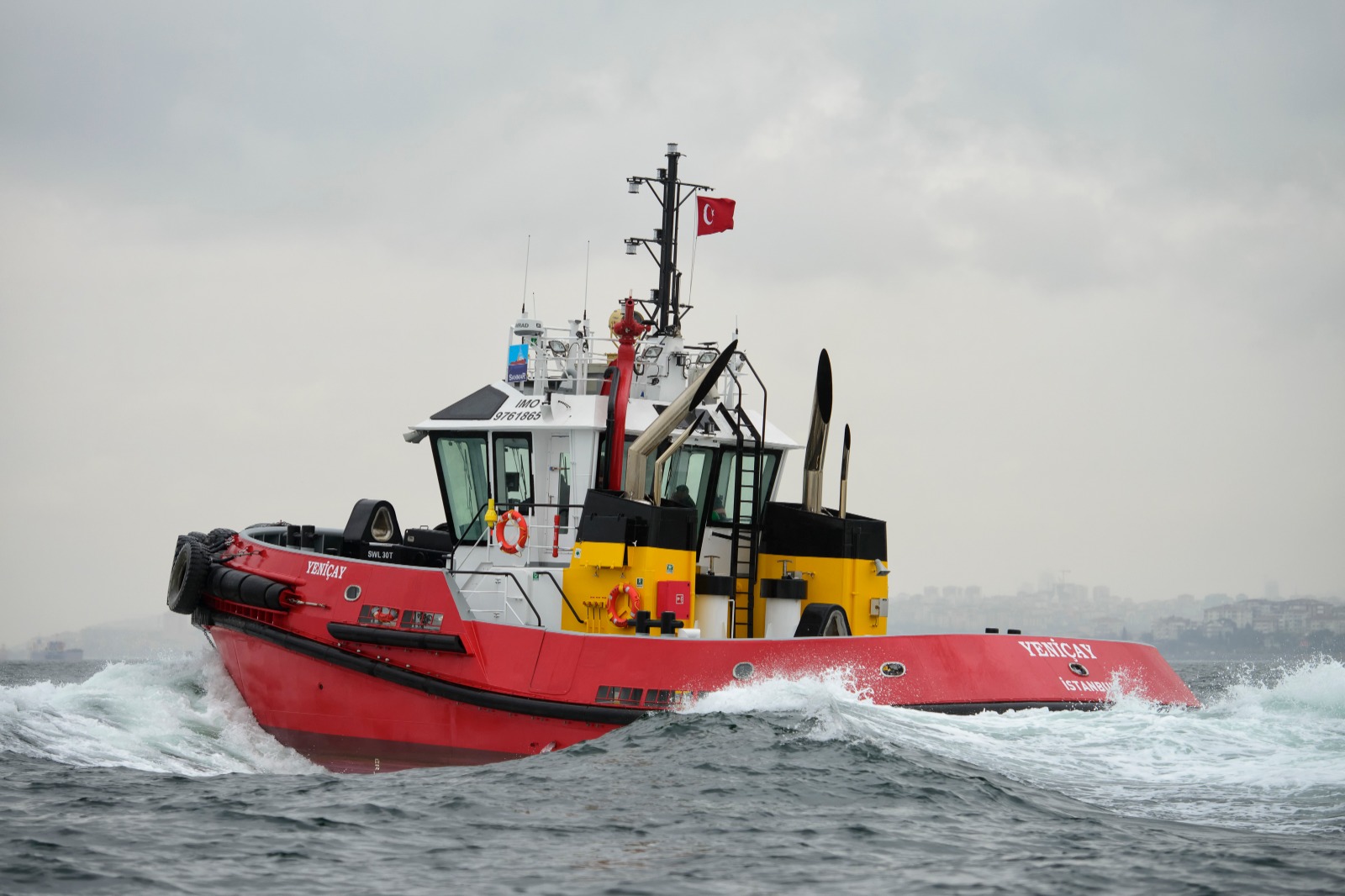 The Yenicay series (designated RAscal 1800) of compact tugs has been developed exclusively by Robert Allan Ltd., to address the challenges of modern, high-performance Z-drive line-handling and smaller ship-handling tugs.  The Yenicay hull form has been carefully developed, based on a wide array of previously successful tug designs, to ensure best in class sea-keeping, manoeuvrability, and stability in all modes of operation. Featuring a robust, all-welded steel construction, scantlings significantly in excess of the minimums of any classification society, as well as equipped with heavy duty deck equipment and all-round fendering for all ship-handling operations; the Yenicay class has already found an enthusiastic audience with number 12 in the series presently under construction. 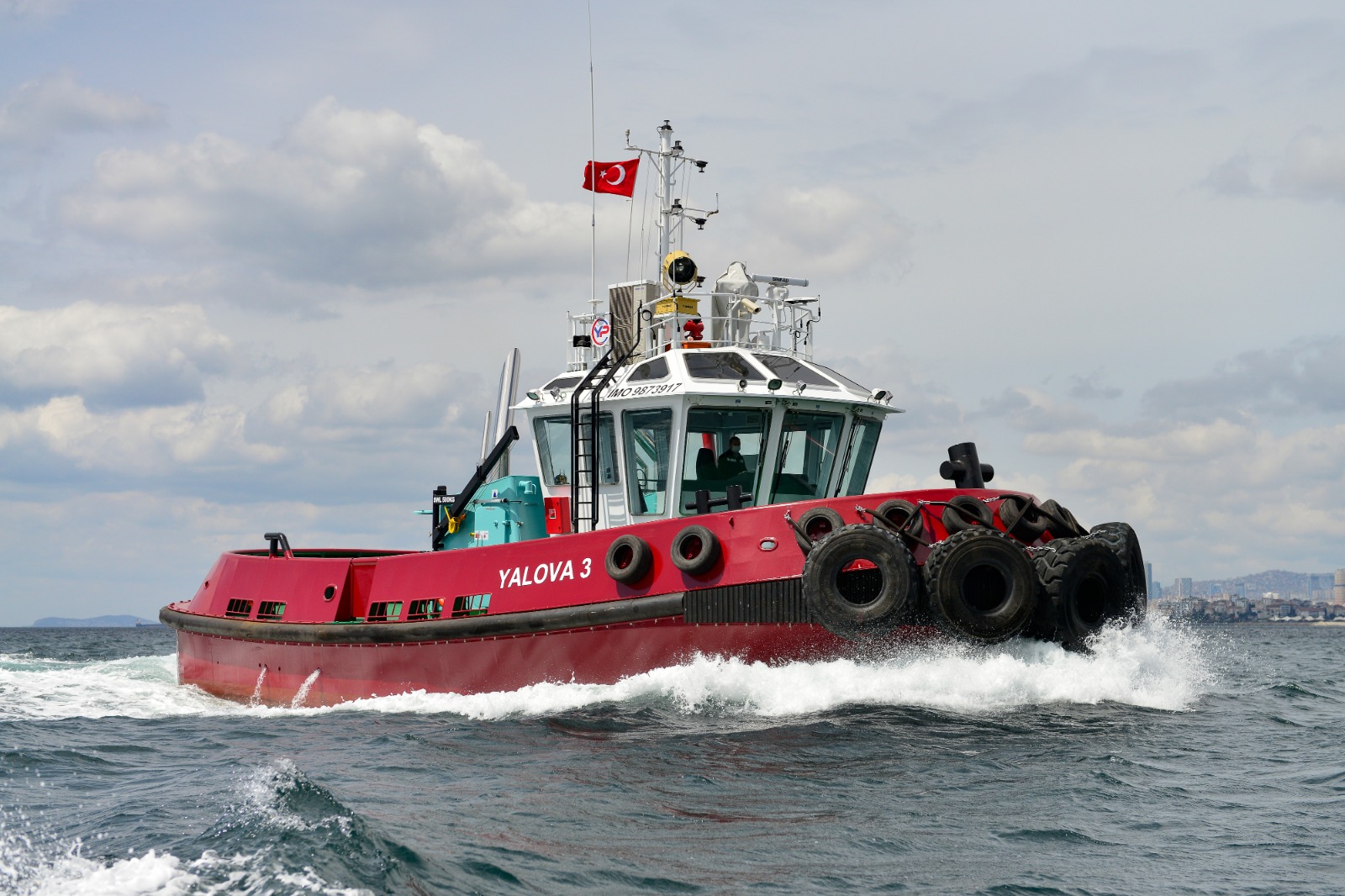 Sanmar’s Bozcay series (designated RApport 1900SX) is a safe, robust, and seaworthy tug ideal for general harbour and coastal towing duties. It meets all international and classification standards for construction and stability and is built to a very high standard of finish. With number 6 in the series already under construction, it appears the market for this tough and versatile little workhorse is growing. 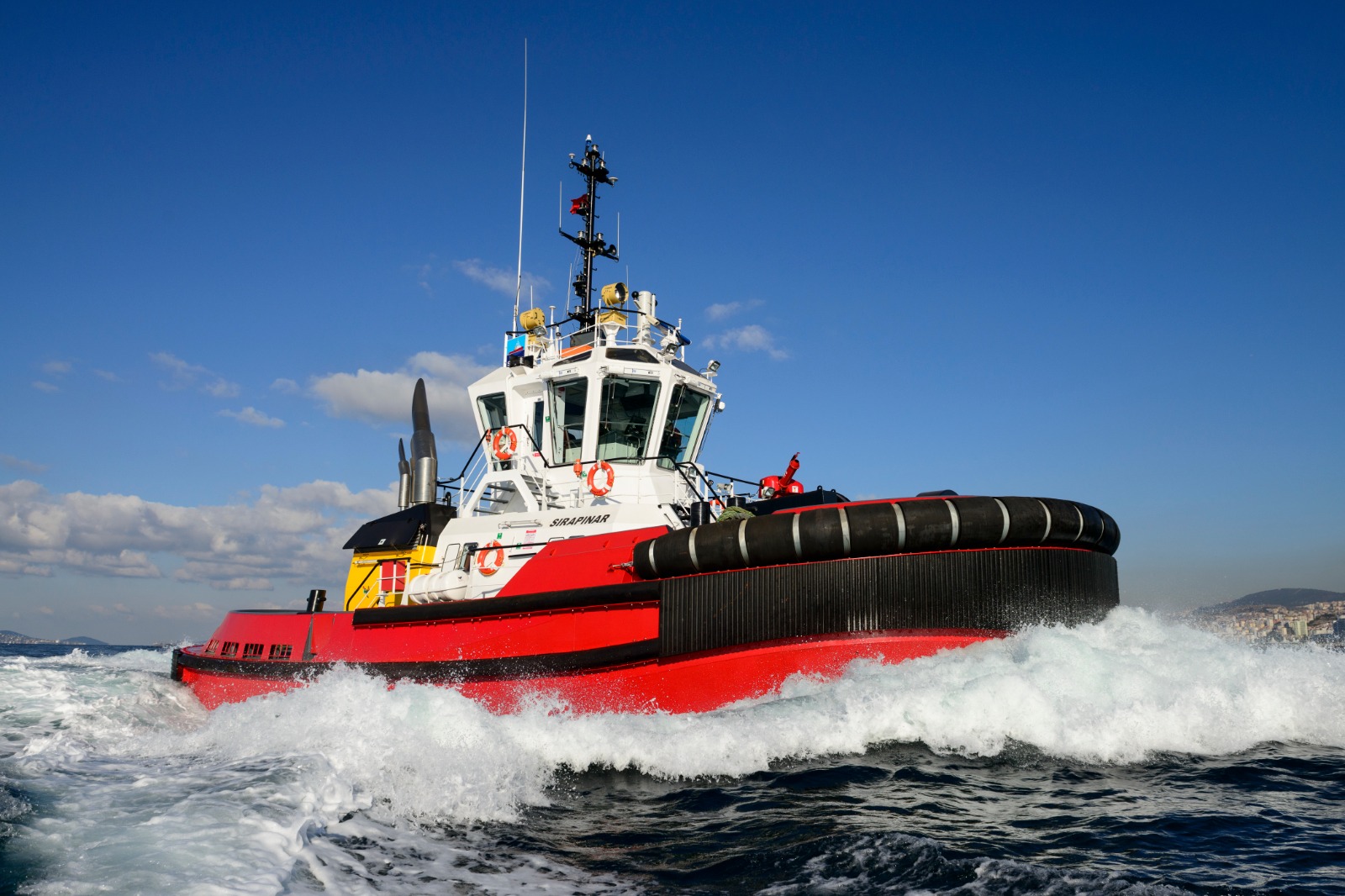 Last but certainly not least the Sırapınar series (designated RAmparts 2200). Designed around an intended low-manning operation with a high standard of machinery automation the accommodation can nevertheless be adjusted to match almost any reasonable requirement. Furthermore, the Sırapınar class meets the requirement of the under 24m rule. Again a Robert Allan Limited design, it has built on the phenomenal success of Sanmar’s 60-75t  bollard pull Boğacay series of which over 40 have been constructed. Sırapınar is closest to the Boğaçay but with a 2m decrease in length and 0.4m in beam. Subject to the main machinery and propulsion system selected by the customer the Sirapinar class will be able to supply up to 60 tons bollard pull, although the majority delivered to date have been 50t BP. Existing examples of this design, so far delivered, have been widely acclaimed for their overall design and particularly their manoeuvring, seakeeping and stability performance, with number 18 in the series currently under construction at our Tuzla facility, Istanbul.

Sanmar is confident that these replacements, the Bozcay, Yenicay, and Sirapinar series will achieve the same level of acceptance and success with discerning clients worldwide as their predecessors, and invite you to learn more in the product section of the website.