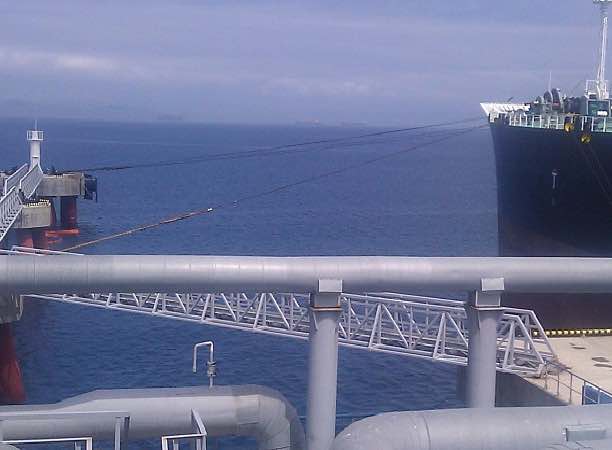 Russia’s ESPO blend crude, a popular medium-sweet crude among North Asian refiners, will begin loading in larger clip sizes from November, with the economies of scale likely benefiting spot differentials for the grade, market sources said this week.
This will also give a fillip to freight rates for Suezmaxes at the expense of Aframaxes.
ESPO typically loads in clip sizes of 100,000 mt. But the November loading program from Kozmino includes two cargoes of up to 135,000 mt besides 23 cargoes of the usual 100,000 mt volume.
“This is the first time ever that Transneft has put Suezmaxes into the program,” said a trader with a Russian company.
At least one of the Suezmax cargoes in the November program has already been sold with seller’s option to load either 100,000 mt or 135,000 mt, a source with direct knowledge of the matter said.Suezmaxes and Aframaxes typically load up to 140,000 mt and 100,000 mt cargoes, respectively.The Kozmino port has been expanded and will be able to take in more Suezmaxes for loading a larger volume of crude by the end of the year, market sources said this week.
Kozmino port has undertaken dredging work since this summer, which indicates that they are increasing accessibility for larger vessels, Erik Nikolai Stavseth, a Norway-based shipping analyst with Arctic Securities told Platts.
This will enable Kozmino port to load cargoes of up to 135,000 mt, which are typically loaded in Suezmaxes. Hitherto, most loadings are in Aframaxes that load cargoes of up to 100,000 mt. This is because some of the berths in Kozmino have a draft restriction of 15 meters, which only allows for regular Aframax or LR2 vessels to load cargoes, Stavseth said.
Suezmaxes are generally built with around 17 meters draft, so would have to be of wider beam to justify a more shallow draft. This is not to say that Suezmaxes haven’t loaded in Kozmino in the past. According to Kozmino port data, Berth No. 1 can load Suezmaxes with a maximum draft of 17 meters.
November would have the first Suezmaxes loading to full capacity, said a shipping source. “Earlier charterers just took Suezmaxes when they were the same price as Aframaxes,” but could still only load up to 100,000 mt, he said.
In July, when Aframax rates hit a seven-year high due to strong demand to store fuel oil, some of the charterers loaded Kozmino crude in Suezmaxes, market participants said. With the port expansion, this is now likely to become increasingly common, they added.Traders said more December-loading cargoes of ESPO blend are likely to be Suezmax-size shipments.
For economies of scale, it makes sense to load cargoes in Suezmaxes, particularly for shipments to the US, said a dirty tankers broker in Singapore. ESPO blend is regularly shipped to refiners in Hawaii and the US west coast, while a majority is consumed by China, Japan and South Korea.Another broker said: “When the ESPO crude exports program was conceived in the first place, it was aimed at eventually loading cargoes on Suezmaxes.”
Now with the increase in Siberian crude volumes being moved through pipeline to Kozmino, it makes sense that the size of parcels for exports is also increased, he said. This is likely to reduce the number of Aframaxes loading crude in Kozmino and is negative for their freight rates, Stavseth said.