THE mega containerships that are being built nowadays may become redundant long before the end of their operational life as a result of the potential regionalisation of the global economy in future, or a halt to globalisation and economic expansion 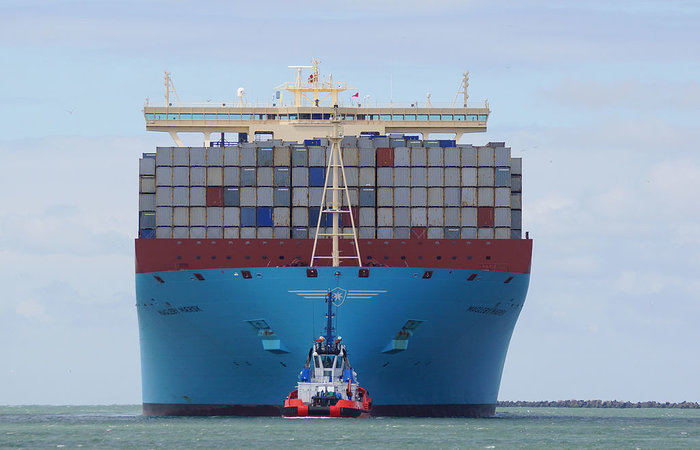 THE mega containerships that are being built nowadays may become redundant long before the end of their operational life as a result of the potential regionalisation of the global economy in future, or a halt to globalisation and economic expansion.

According to the a report from Danish Ship Finance (DSF), consumers in the major economies including Europe, the United States, Japan and China who are reaching retirement age are more likely to spend more on services that do not require shipping, IHS Media-Fairplay reported.

Moreover, the introduction of new technology will mean that factories will be able to operate from regional centres at very low cost and that would require smaller vessels of about 10,000 TEU, noted DSF.

'The world economy is not about to return to familiar growth patterns; it is about to transition towards a digital future in which technologies like artificial intelligence, robotics, 3D printers, and renewable energy gradually change the underlying demand landscape of the shipping industry,' said the DSF report.

Exactly how that new landscape will look is uncertain. Larry Elliot writing in the Guardian argues that there needs to be a restructuring of the economy that will take into account the loss of jobs and a redistribution of wealth.

Mr Elliot argues that we must avoid the mistakes of the past. 'Any response to the challenge posed by smart machines must be to invest more in education, training, and skills. One suggestion made in Davos was that governments should consider tax incentives for investment in human, as well as physical, capital.'

Clearly DSF and The Guardian, among others, are expecting seismic global change due to the development of society through technology and the consequent social upheavals these changes will bring.

According to the DSF, 'The introduction of zero-labour factories in multiple industries indicates that manufacturing may become more regionalised in the years to come. Many of these factories are currently located in India and China, but they could easily be relocated closer to consumers.

'The advances we are seeing within robotics, artificial intelligence, 3D printing, and material science all point towards a future in which regionalised manufacturing seems likely,' said DSF.

If manufacturing becomes more regionalised the requirement for shipping goods will be for smaller vessels that can use regional ports, delivering finished goods closer to the market in which they will be distributed.

Yet the container shipping industry is continuing to plan for a centralised manufacturing base where cheap labour, in the most recent past from China, was employed to feed the consumer markets of the mature economies in Europe, Japan, and the United States.

Recently Fairplay published detailed IHS Markit statistics that reveal the composition of the container shipping fleet is changing as ship operators order more ships of 18,000 TEU and over, effectively doubling the size of that sector by 2021.

Ultra large container ships (ULCS) will also see a 20 per cent increase in capacity while orders for medium-sized vessels has petered out to zero in some sectors of the container shipping fleet. Some 328 vessels of between 3,000 TEU and 10,000 TEU have been scrapped over the past five years.

'The demand outlook for the container industry is being shaped by forces that point towards more regionalised trading networks, while the supply side continues to focus on larger ships with low marginal costs. This could turn out to be a toxic cocktail, since it may lower not just head-haul volumes but also back-haul volumes,' added DSF.