More than 400 migrants have crossed the English Channel in small boats - a record for a single day. 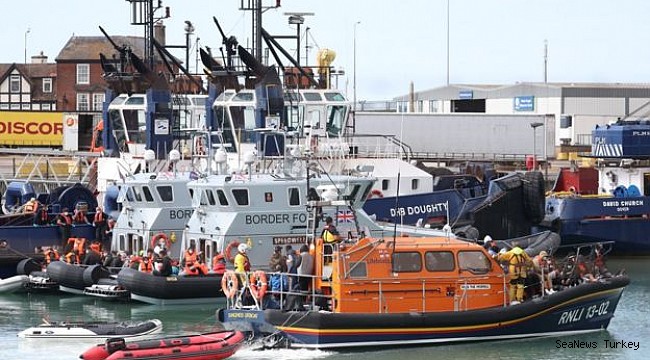 Border Force has intercepted 409 people, including young children, on board 27 boats, with several further vessels still being dealt with.

Some of the migrants were carrying children too young to walk.

Prime Minister Boris Johnson earlier on Wednesday said the UK had become "a target and a magnet for those who would exploit vulnerable people in this way".

A further 53 people were rescued by French authorities after getting into difficulties before reaching British waters.

Some 145 people had crossed the Channel in 18 small boats on Tuesday.

Rough seas brought on by Storm Francis made crossings impossible at the end of August, but conditions have improved in the first two days of September.

Speaking in the Commons during Prime Minister's Questions, Mr Johnson said: "I have a great deal of sympathy with those who are desperate as to put their children in dinghies or in children's paddling pools and try to cross the channel.

The Egyptian court did not allow Ever Given to leave!
Related News
Most Read News
Recent Comments
US Transportation announces US$1.2 billion in airport safety grants