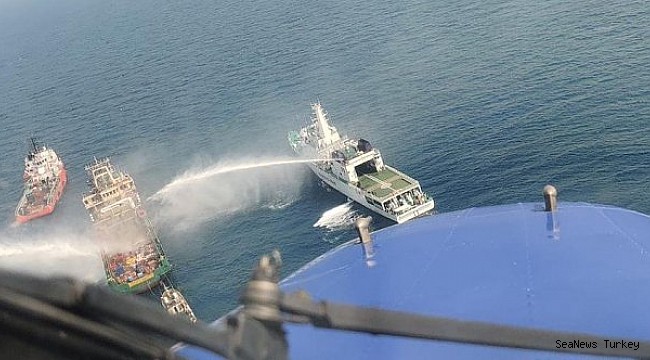 15 February 2021 - 11:41
The 2010 built offshore supply vessel named GREATSHIP ROHINI caught fire in the Oman sea on 13 February. It was understood that 15 of the 18 crew members working on the ship were rescued by the firefighting team from the Samarth.

The fire that started in the engine room of the Indian flagged ship was brought under control in the following hours, but it was announced that 3 crew members were stuck on the ship. It was also stated that an injured crew was evacuated by helicopter.

Search and rescue efforts could not begin until February 14, as the fire, which started on February 13 and was extinguished by the tugboats, caused overheating on the ship.

On the morning of February 14, search and rescue team reboarded the ship and found the incognizable dead bodies of the 3 seafarers.