MSC and IMO Highlight Crew Stuck Aboard Vessels Under Charter!

The issue of crew changes aboard ships involved in charters is coming to light as the IMO issued a statement denouncing no crew change clauses and MSC Mediterranean Shipping Company highlighted the situation on one vessel as an example of the hardship crews are facing. 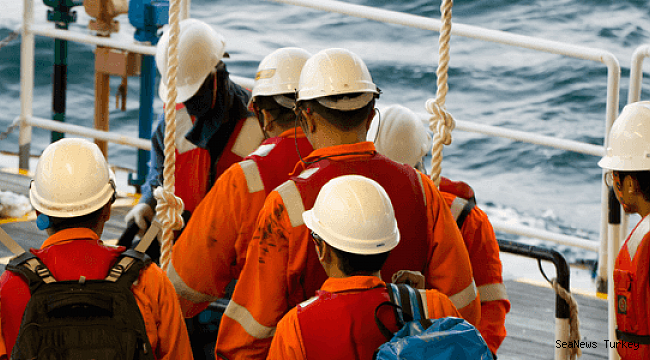 The situation aboard the vessels waiting off the Chinese coast caught in the coal trade dispute between China and Australia came to world attention when the National Seafarers Union of India launched an appeal to get 10,000 messages sent to the IMO. Twenty or more vessels have been lingering off China since the summer, but two with Indian crews became the focus of the humanitarian crisis. Many of the crew were reported to be aboard up to 20 months while China refused permission to land the coal or implement a crew change, citing COVID-19 restrictions, and the vessel’s operators refused to depart with their cargo to facilitate crew changes in alternate ports.

Despite reports of a possible agreement to let the coal be offloaded, MSC issued a statement calling for an urgent solution to the crew change crisis aboard the Anastasia, which has been waiting off China since August. “MSC has repeatedly requested during the ship’s voyage that the seafarers onboard should be relieved to return home to their families. These proposals have not yet been implemented by the chartering parties which determine the ship’s movements,” MSC said.

MSC as the technical operator of the vessel says it has been doing what it can, including regular contact with the crew and arranging for remote support from a clinical psychologist, while also trying to facilitate a crew change. The line says it attempted crew changes in Hong Kong in June and August, blocked by COVID restrictions. Japan approved a crew change in August, but it was not implemented, followed by efforts to organize a crew change in Manila, Hong Kong, Singapore, and Busan, all of which were also refused, and its suggestion last week that the vessel sail to Japan.

“After local authorities recently blocked MSC’s attempt to send a doctor to visit the ship in person, the company is currently seeking to remedy this through diplomatic channels,” they reported. MSC says it is deeply concerned that none of the solutions have worked so far but says it cannot “order the master to deviate to a port for a crew change, as the vessel could be arrested as a result.”

MSC reports it has shared information with various authorities and encourages governments to take an interest in this growing humanitarian problem. “We have brought the matter to the attention of the UN International Maritime Organization, and other international governmental and industry bodies.”