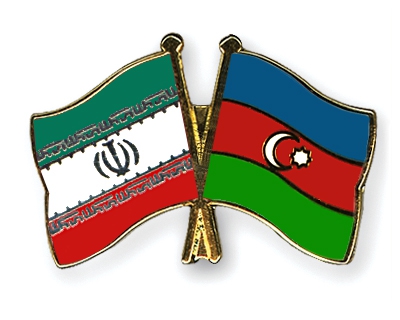 Rating agency Moody’s Investors Service published report “Government of Azerbaijan – Iran Nuclear Deal: New Trade Opportunities Could Partially Offset Pressures from Lower Oil Prices”.
The report says that the nuclear deal and the associated lifting of economic and financial sanctions offer Azerbaijan the opportunity to boost foreign trade and investment with neighboring Iran.
In agency’s view, these new trade and investment opportunities could partially offset the credit negative effects from the nuclear deal, which, if implemented, will enable Iran to return to oil export markets, potentially leading to lower oil prices and pressures on Azerbaijan’s government and export revenues.
“Thanks to its close geographic location and strong trade ties in the pre-sanctions period, Azerbaijan could benefit from a lifting of sanctions on Iran by increasing foreign trade and investment with its neighbor.
Inhabiting around 78 million people and generating the 18th largest nominal GDP in the world in 2014 (based on a purchasing-power-party basis), Iran is the third largest economy in the Middle East, GCC and CIS regions, after Russia and Saudi Arabia, offering significant trade and investment opportunities to the smaller Azeri economy,” the rating agency considers.
Moody’s points out that Azerbaijan was among the first countries seeking new foreign trade and investment opportunities with Iran. In August 2015, a delegation from Azerbaijan’s government visited Iran to hold preliminary negotiations on a number of strategic projects. The talks focused mostly on cooperation in the oil and gas sector: swapping deliveries of their oil supplies, bilateral cooperation in oil and gas engineering and joint production of oil and gas equipment. Iran has also expressed an interest in co-operating with Azerbaijan in its Southern Gas Corridor project, which plans to bring natural gas from the Caspian Sea to the European Union. In addition, several infrastructure projects were discussed, such as the “North-South Railway” project and the construction of a common hydroelectric power station in the border region.
“One of Azerbaijan’s main economic goals is to diversify its economy beyond the dominant oil and gas sector, which accounted for around 37% of nominal GDP and for more than 90% of total goods exports in 2014. A lifting of sanctions on Iran would actually enable Azerbaijan to benefit from increased foreign trade and investment with its neighbor. Assuming Azerbaijan’ exports of goods go back to pre-sanction levels and to a large extent also to take place in non-oil and gas, Azerbaijan could reduce its overreliance on the petroleum sector. As regards the oil and gas sector, Azerbaijan could also benefit from a new road through Iran, as it would significantly shorten the shipping distance and the number of transiting countries of the quarter of the country’s oil exports which go to Asia,” the agency said.
Moody’s also says that although the nuclear deal was reached in mid-July this year, the lifting of economic and financial sanctions on Iran is conditional on the formal adoption of the conditions agreed under the nuclear deal by the UN, the US and the EU as well as on the International Atomic Energy Agency’s (IAEA) verification that Iran has indeed complied to its commitments.“In this context, the sanctions could be lifted by Q1 2016 at the earliest,” the report says.

Russia may privatize Sovcomflot shipper in 2016