A stricken cargo ship is heading towards the French coast, maritime authorities say, but there are hopes it can be righted before it runs aground. 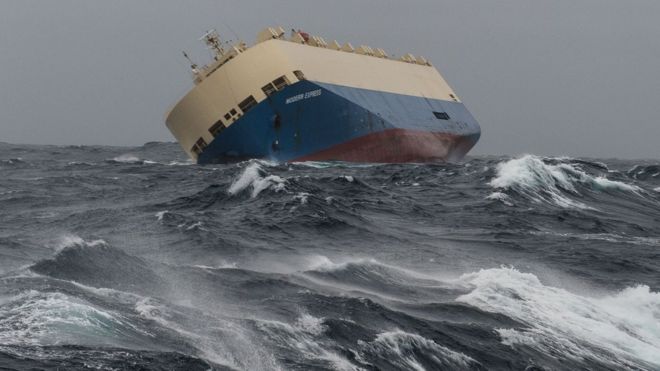 A stricken cargo ship is heading towards the French coast, maritime authorities say, but there are hopes it can be righted before it runs aground.
The Panamanian-registered Modern Express began listing on Tuesday after a malfunction, leading to all 22 crew members being airlifted off the vessel.
Efforts to right it have failed, but another attempt will be made on Monday.
If it fails, the ship will strike France's Atlantic coast between Monday night and Tuesday morning.Bad weather hindered rescue efforts on Sunday, two days after a tow line to the 164-metre (538ft) vessel was broken in rough seas.
The ship, which is carrying 3,600 tonnes of timber and digging machines, is now listing at an angle of between 40 and 50 degrees.
The ship is between Bordeaux and Biarritz on France's Atlantic coast.
Around 300 tonnes of fuel are on board, French authorities say. The Sud-Ouest newspaper reported (in French) that emergency measures would be put in place if the ship runs aground in order to contain the fuel and remove it.
In 2002, the Prestige oil tanker sank off the coast of northern Spain, spilling 50,000 tonnes of oil and polluting thousands of miles of coast.
At 11:00 (10:00 GMT) on Sunday, the Modern Express was about 100km (60 miles) from the south-western French coast, between Bordeaux and Biarritz. 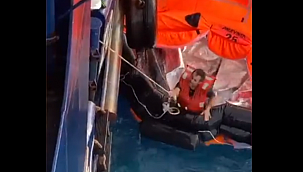