An offshore workbarge sunk at the Baram field in Malaysian waters this morning sparking a huge rescue operation. 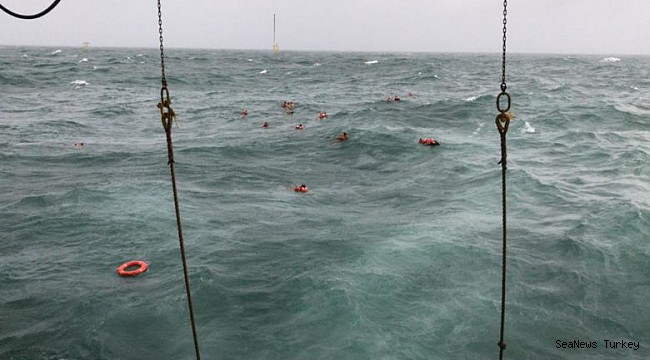 The Malaysian Maritime Enforcement Agency has confirmed that offshore vessel Sapura Constructor reported that it had received an emergency signal from the sinking Dayang Topaz, located around 7.7 nautical miles from Kuala Baram, Miri.

The Sapura Constructor sailed to the area to track the exact location of Dayang Topaz, and found the ship sinking. 62 crew are reported to have still been onboard the vessel, while another 125 crew jumped into the sea.

Maritime Rescue Coordination Center launched a massive search and rescue operation by sending out a number of rescue ships and coordinated nearby ships owned by Shell and Petronas to the site. So far, 121 crew have been rescued while one was found dead and four others are missing.

The search and rescue operations are ongoing, while the cause of the incident is still under investigation. Photos seen by Splash indicate the ship hit a platform in the Baram field.

The 2012-built maintenance and support vessel Dayang Topaz is owned by Malaysia’s DESB Marine Services, which is part of Dayang Enterprise Holdings.