Japan’s coastguard is searching for 2002-built livestock carrier Gulf Livestock 1 after receiving a distress call from the vessel early this morning. 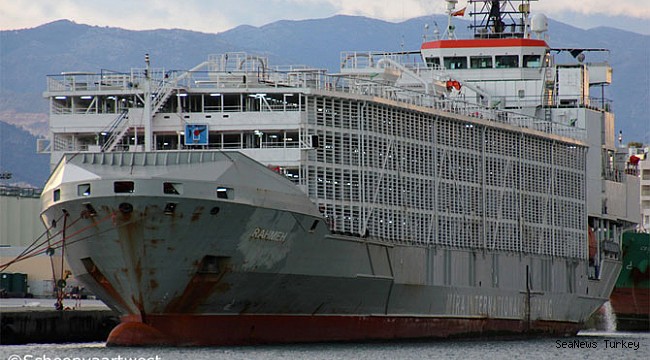 Japan’s coastguard is searching for 2002-built livestock carrier Gulf Livestock 1 after receiving a distress call from the vessel early this morning.

The livestock carrier had 43 crew members onboard and was loaded with over 5,800 cattle.

The vessel was headed from Napier, New Zealand to Tangshan, China when it ran into trouble in the East China Sea. At the time of the distress call, it was around 185km off Amami Oshima, and likely encountered bad weather caused by Typhoon Maysak.

Both aerial searches and four coastguard vessels could not locate the vessel, and all communication has been lost.

The vessel is owned by UAE shipowner Gulf Navigation and prior to conversion in 2012 was a 630 teu boxship.

In 2018 livestock carrier Jawan, also converted from a 630 teu boxship, was detained by Australian authorities after it suffered stability issues while departing Portland carrying 4,300 cows.