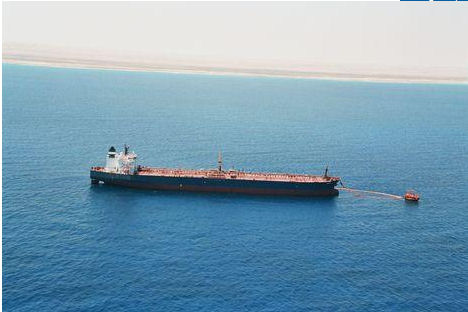 At least five owners of tankers carrying crude, refined oil products and liquefied natural gas reported successful loadings from Libyan ports in the past week. A majority of loadings arranged by Clarkson have gone normally, said Bob Knight, head of tankers at Clarkson in London.

Crude oil traded in New York jumped almost 14 percent last week as traders speculated that Libyan supply is being disrupted and that regional unrest is spreading. Riots from Morocco to Bahrain have already toppled leaders in Tunisia and Egypt and there are protests in Yemen, to the south of Saudi Arabia, the world’s biggest oil producer.
“We have been involved in a number of transactions over the past week,” Clarkson’s Knight said by phone today. “Most of these deals have been concluded satisfactorily from a point of view of ships going in and loading.”

Eni SpA, the largest foreign oil-producer in Libya, may halt output in the country because difficulty loading oil onto tankers is causing storage tanks to fill, two people with knowledge of the situation said Feb. 24.
Libya’s largest refinery, Ras Lanuf, has had its supply of crude oil interrupted, two company officials said. Arabian Gulf Oil Co. said its export terminals and two refineries at Tobruk and Sarir were working normally and that the company is in the process of shipping 1 million barrels of crude.

As much as 1 million barrels of Libya’s daily oil production may have been shut, Barclays Capital said in a Feb. 23 report. The country produced 1.65 million barrels a day in 2009 or about 2 percent of the global total, according to data from BP Plc.

Torm A/S, Europe’s largest publicly traded oil-products shipping line, said today that the vessel Torm Ingeborg is scheduled tomorrow to load its cargo at the port of Zawia, which had been closed by bad weather. Naftomar Shipping & Trading Co. said today a liquefied petroleum gas tanker set sail after loading at Zuetina, while a second is due to leave tomorrow.

The supertanker Gulf Sheba was due to load its cargo normally from the port of Es Sider, Per Wistoft, chief executive officer of Gulf Navigation Holding PJSC, said Feb. 24. The ship has sailed through part of the Suez Canal and is still en route to Libya, according to ship-tracking data compiled by Bloomberg.

Some oil companies have been unable to complete loadings because they couldn’t reach the Libyan authorities to check the vessels they wanted to hire were acceptable, Clarkson’s Knight said. Weather-related issues have delayed some carriers waiting to collect cargoes, he said. The ships include tankers to load both refined oil products and crude oil, Knight said.

Reduced Libyan cargoes may translate into additional shipments to European oil refiners from elsewhere in the Mediterranean and West Africa, ICAP Shipping International said in a Feb. 25 report.

That would have a “mixed impact” on tanker rates because it would increase shipping distances to Europe while simultaneously cutting the flow of cargoes to China and India from West Africa and Libya. Voyage distances are a determinant of vessel demand.

Tanker rates for shipping 600,000-barrel cargoes of crude across the Mediterranean advanced 65 percent last week to 155.63 industry standard Worldscale points. That equates to daily earnings of $31,256.

Worldscale points are a percentage of a nominal rate, or flat rate, for more than 320,000 specific routes. Flat rates for every voyage, quoted in U.S. dollars a ton, are revised annually by the Worldscale Association in London to reflect changing fuel costs, port tariffs and exchange rates.

Pirates reached an agreement with Al-Shabaab