The Web Conference titiled "Current Developments in Libya and Eastern Mediterranean" which was moderated by Assoc. Dr. İbrahim Demir, was held within the scope of Ankara Yıldırım Beyazıt University.

Dr. Yücel Acer whose fields of study are the topics such as international maritime law, international armed conflicts that he also has many books in the field of maritime law, made the first speech.
Acer made enlightening speech on issues such as the limitation agreements made so far in the East Mediterranean,  the legal basis and the power of Turkey's demand for energy exploration concessions. 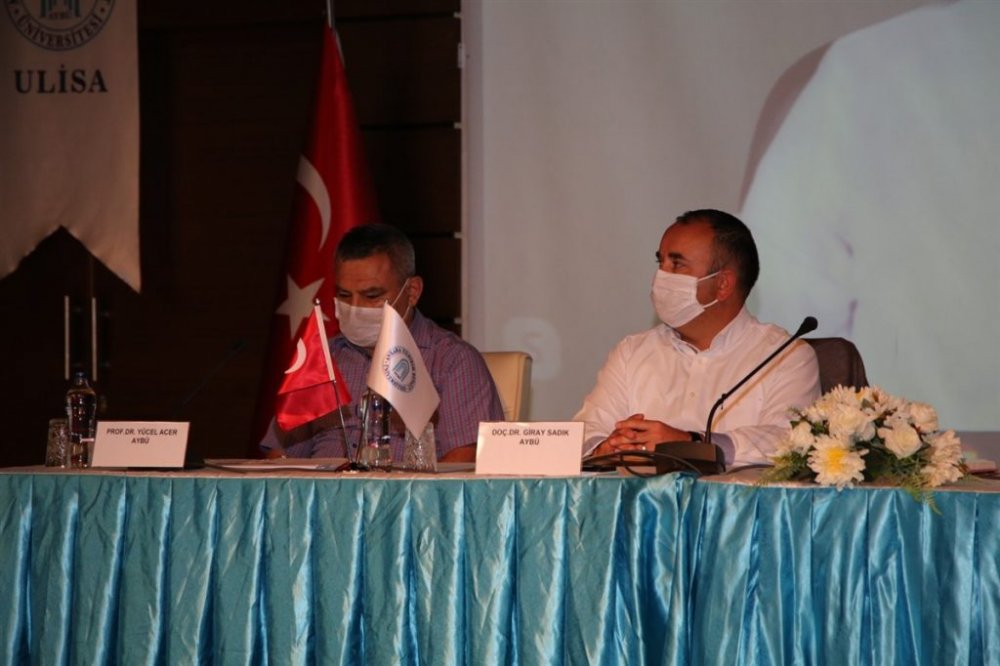 Serdar Kavaz, who attended the conference via video connection, made informative speeches about the energy resources potential in the Eastern Mediterranean and its economic value.

‘’One of the countries that have the right to exploration and drilling in this area is Turkey!’’
Kavaz explained how the Eastern Mediterranean region has turned into a competitive area. Stating that the competitive environment started with the huge natural gas resources found in the 2000s, he said; "Drilling activities in the region have been increasing since the 1960s. However, the balances have changed with the discovery of the intense energy field, which was discovered between 2000 and 2010 and recorded as one of the largest natural gas resources. In this process, the Eastern Mediterranean coastal area which covers the off seas of Israel, Palestine, Cyprus and Lebanon, was the area that Turkey was one of the countries which has the right to exploration and drilling in.’’


Ali Kurumahmut who is the retired member of the Council of State, former General Director of the Ministry of Maritime Transportation,  former Lieutenant-General of the Naval Forces and also has many books and articles, has spoken in the conference.
Kurumahmut, has spoken about Turkey's action in the context of the law of the sea and throw some light on the similiar issues. Kurumahmut spoke about the general and special situation of the current agenda in the first part of his speech. 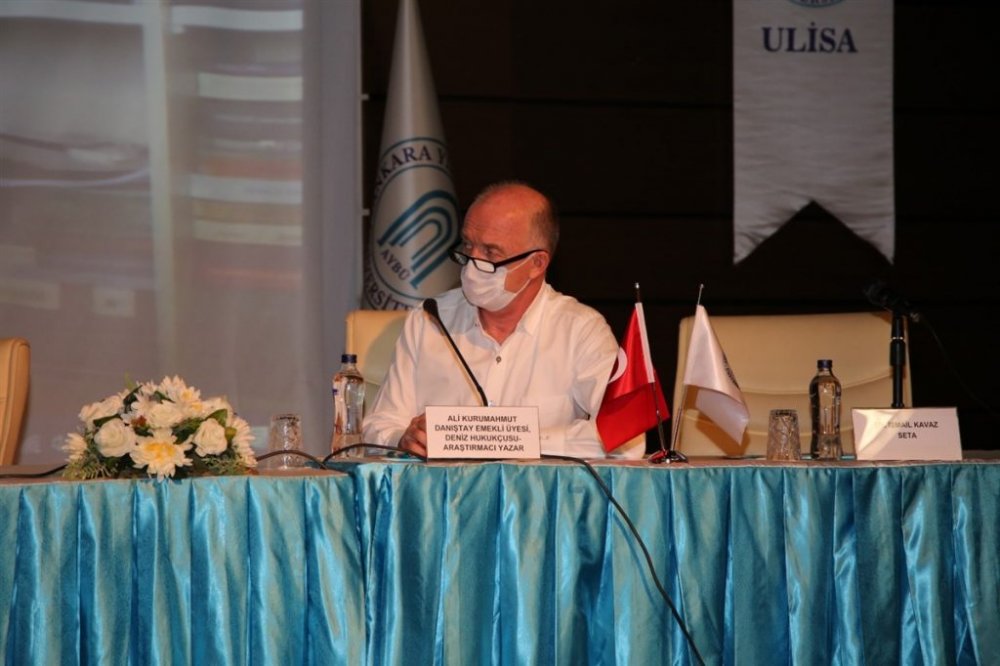 ''There is no data on how large Turkey's Mediterranean territorial waters should be in UN sources!’’
In the Eastern Mediterranean region where tensions for sourcing and drilling continues, Kurumahmut explained the largeness of the territorial waters of Turkey by giving the following statements;
‘’ There is no multilateral agreement in the eastern basin of the Mediterranean, in other words between the neighboring riparian states from the east of the Libya line, except the Turkey-Lebanon agreement, regarding the delimitation of the continental shelf and economic zones. Syria, Lebanon, Israel, Egypt, Libya, Cyprus, and the TRNC territorial waters, which are coastal to this basin, apply a large of 12 miles. However, Turkey haven't declared any application in this region. However, based on an operation on the level of head of department of national defense ministries in the 1980s, we can say that the largeness of Turkey's territorial waters has been applied 6 miles from the west of the Lüleburnu  brink, Antalya and 12 miles from the east side of it. However, the 12 miles of territorial waters in the Black Sea, and 6 miles in the Aegean shown in UN sources about Turkey, while there's no data for the Mediterranean.’’

"There is no consensus on the border separating the Aegean Sea and the Mediterranean."
Kurumahmut, by stating that turkey has the largeness of 12 miles in the East side of the Antalya Lüleburnu brink and 6 miles west of it, and by adding the largeness of territorial waters of Crete Islands, Rhodes and other islands in the region to be 6 miles, that these islands are owned by another coastal state Greece; ‘’Turkey and Greece is not a party to the bilateral or multilateral available agreements with any of the Aegean Sea and the Mediterranean on boundary separating.''

It's not too late!
Kurumahmut emphasized that there was no obstacle by stating that he gave years to his research in this field and stated the following; ‘’ As someone who has been working on these issues for years; I could not find any strategic and legal obstacles. Undeclaring has no basic contribution to Turkey's sovereign rights and interests of the country.  On the contrary, I found that it had extraordinary damages.’’
Also mentioning the issue of emergency response, Kurumahmut; ''An effective emergency response system urgently need to be carried out in Turkey's own exclusive economic zone. Especially in the Eastern Mediterranean, emergency response capabilities should be used in the continental shelf region.’’ said.

"It's not just the pursuit of energy, it's also a national security issue!"
Assoc. Dr. Giray Sadık who has many articles and works on international security and European Union foreign policy,  gave speeches about the security problems that may arise as a result of economic resources and energy-based problems and legal disputes, modern wars in this tension zone where there are legal and economic conflicts and the lessons these wars offer us.
Sadık after stating that Turkey's territorial waters largeness subject is not only pursuit of energy but also a national security issue, he made the following expressions; ‘’ It is worth noting that; independently of its perspective of energy, The Eastern Mediterranean is also important for Turkey in terms of national security. As a matter of fact, when the Cyprus peace operation was held, which we celebrate its 40th anniversary, was organized in the region, while the sources were unknown. In terms of international relations, the fact that more uninvited guests come to the region, further exacerbating the conflicts.’’

Rector Aydınlı presented a plaque to the speakers!
Professor Aydınlı thanked that they enlightened students and listeners on this important subject and stated that the university will continue to work with specialist guests open to public on such important issues. 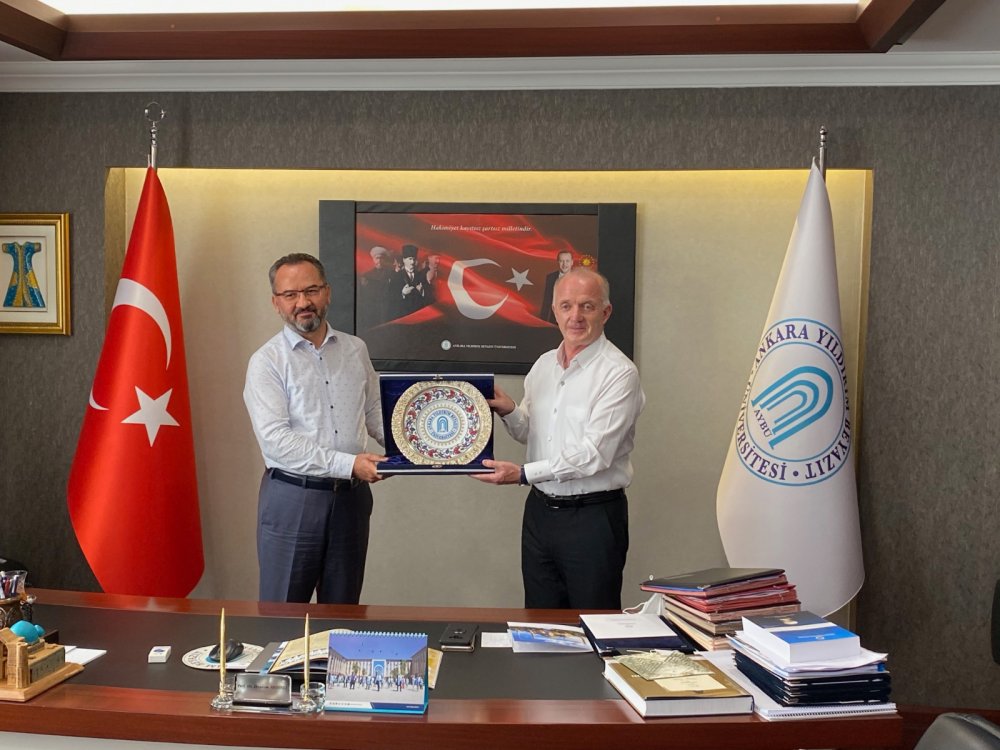 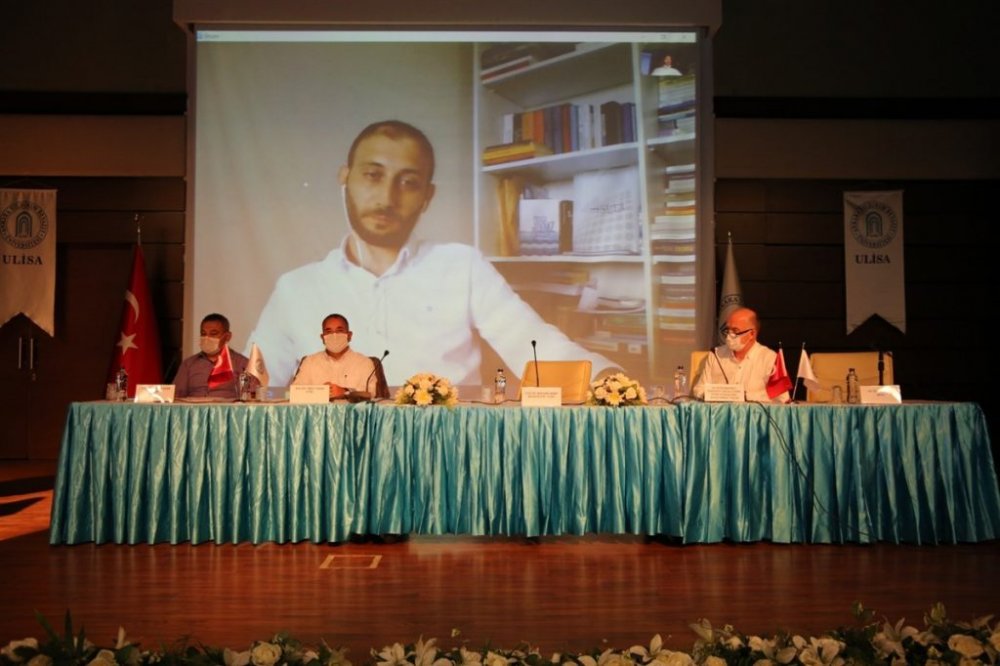