New government of Prime Minister Nuri Al Maliki, said the Kurds were committed to exporting 150,000 barrels a day by next year. 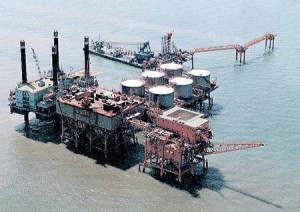 27 December 2010 - 21:29
Iraq’s newly appointed oil minister said yesterday that oil exports from the country’s northern self-ruled Kurdish region would soon resume as part of the country’s national oil export policy.
The Kurds have sought greater control over oil in their crude-rich region while Baghdad has argued that the oil is a national resource, under the central government’s control.
Iraqi Kurds have unilaterally signed more than two dozens oil deals with Western companies that are deemed illegal by Baghdad. Exports were halted a few months after they started in June 2009 amid a disagreement over payments.

Abdul-Karim Elaibi said the exports from the Kurdish region would be resumed in the coming few “days.” He didn’t set a date or elaborate on how the exports would be part of the nation’s export strategy.

Earlier this month, Elaibi’s predecessor, Hussain Al Shahristani, said a dispute over how private companies accounted for equipment costs and other expenses for reimbursement has been settled, clearing the way for the exports to resume.

Al Shahristani, who now holds the post of vice-president for energy issues in the new government of Prime Minister Nuri Al Maliki, said the Kurds were committed to exporting 150,000 barrels a day by next year.

Iraq plans to raise exports to 2.25 million barrels a day in 2011, up from 1.9m at present. The current oil exports account for nearly all of Iraq’s foreign currency revenues.

The increase is as important psychologically for Iraq as it is economically and practically.

The oil-rich nation, which was the birthplace for the Opec, has struggled to raise its oil production and exports after years of sanctions and wars left much of the vital sector in poor shape.

With Saddam Hussein’s ouster in the 2003 US-led invasion attention turned again to revamping the sector.

Two international oil licensing rounds last year opened the door for international oil firms to re-enter the Iraq market. Among the tasks they undertook were new seismic surveys of the fields which they were awarded – efforts that have contributed to raising the overall reserve estimate.
This news 8483 hits received.