Iran hopes to resolve differences with Chinese energy companies on oil and gas projects in the Islamic republic, as Tehran wants to be ready to raise output quickly after a potential lifting of sanctions this year, Iranian oil officials said. 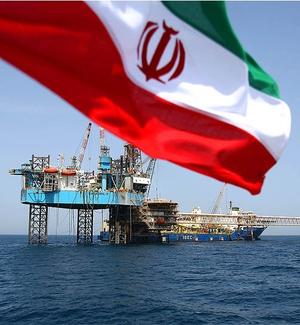 Iran hopes to resolve differences with Chinese energy companies on oil and gas projects in the Islamic republic, as Tehran wants to be ready to raise output quickly after a potential lifting of sanctions this year, Iranian oil officials said.

The officials are in China this week to discuss Chinese investments in oil and gas developments in Iran, as well as oil sales, just days after world powers and the OPEC member reached a framework nuclear deal. The talks come ahead of a visit to Beijing by Iranian Oil Minister Bijan Zanganeh, his first since assuming his post two years ago.

Iran, the world’s fifth-largest oil producer, hopes to nearly double its exports from just over 1 million barrels per day (bpd) in two months once sanctions are lifted, although analysts say it will take longer.

Some of the production is expected to come from projects state companies China National Petroleum Company (CNPC) and Sinopec Group have contracted to develop. But the Chinese companies have stalled or scaled back on developments in Iran since late 2010 as Western sanctions tightened.

“The main issue is the money we owe them. They have worked there but the return has not started yet,” said Amir-Hossein Zamaninia, Iran’s deputy oil minister for commerce and international affairs.

Iran also wants Chinese companies to use the latest technology and equipment in any resumption of work to get fields pumping, Zamaninia said.

A CNPC spokesman was not available for comment, and Sinopec did not immediately respond to an e-mail about the talks.

Iran’s oil exports have been cut by more than half to around 1.1 million bpd from a pre-2012 level of 2.5 million bpd, with the loss of oil income making it difficult to invest in new developments and pay for the equipment and services needed to keep its production operating smoothly.

Among oilfields Chinese companies have worked on, the Yadavaran project has progressed relatively well, with 95 percent of the work completed and the field, operated by Sinopec, ready from about September, Zamaninia said.

He said the field, in the southwestern province of Khuzestan, will have a 75,000 bpd capacity in phase one. Sinopec agreed in late 2007 to a $2 billion deal to develop the field.

CNPC, China’s top energy group and PetroChina’s parent, agreed to take on other projects, including a $2 billion contract to turn North Azadegan into a 120,000 bpd field.

Zamaninia said Iran would focus this trip on resolving issues with current contracts, adding that the two sides have yet to discuss any new projects.

Iranian officials said CNPC, which pulled out of Iran’s giant South Pars natural gas field in 2012, this week expressed interest in returning to the offshore project.

CNPC withdrew from South Pars because of sanctions as they made it difficult to get the equipment needed from U.S. and European companies, said Zamaninia.

“For LNG we have some contracts with some Europeans that, hopefully after the finalization of the (nuclear) negotiations, then we can receive technology from that side,” Ghamsari said.

The South Pars project is part of a huge formation shared with Qatar that makes up the world’s largest pure natural gas reserve. The Iranian part, divided into 24 phases, could cost more than $40 billion to develop.

Many analysts say developing LNG assets from scratch or early stages, as Iran’s would need to be, is not commercially viable until Asian spot prices rise substantially, which is not expected in the next two years.