What began as a trade war between China and India has escalated into a humanitarian crisis. 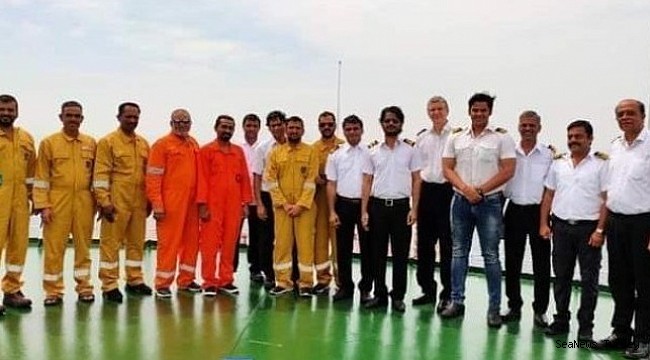 The dispute has caused some 39 Indian seafarers to be stranded in Chinese waters for months now, driving one seafarer to slash his wrists after he was denied permission to return to India to look after his ailing wife and two sons, who have been diagnosed with Covid-19.

The 47-year-old seafarer was initially contracted to serve on board the MSC-owned bulker Anastasia for five months, and his service has now been extended to 13 months. For over a month, he had been desperately trying to get permission to go to his family’s aid, and  desperation drove him to attempt suicide. The Navigating Officer of the ship came to his rescue just in the nick of time.

The heat of the ongoing crisis has been felt by two bulk carriers that have been in the headlines recently - the Anastasia and the Jag Anand, owned by India’s Great Eastern Shipping Company. The two ships have been anchored at Caofeidian and Jingtang ports for 154 days and 207 days, respectively (as of January 7, 2021).

China and India have been engaged in border standoffs for quite some time now, giving rise to an ongoing trade war and diplomatic tensions.

'We are stranded in the Chinese waters due to a trade war between Australia and China. Dear @DrSJaishankar, please help us go home': Indian sailors aboard the MV ANASTASIA appeal to the government to take them home. https://t.co/83eQAgZeho pic.twitter.com/yIYIwLxDCY