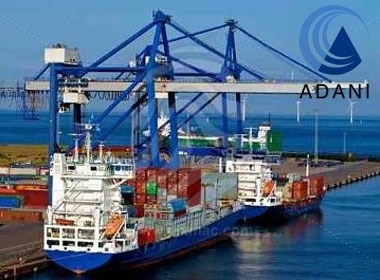 STUDIES show transshipment growth at India's smaller private ports such as Krishnapatnam on the east coast and Mundra on the west coast while growth stalls at rival state-run ports.

Mundra, India's biggest private port, moved 426,994 TEU of transshipments in fiscal 2016-17 out of a 3.45 million TEU total volume. This compares to a 366,217 TEU transshipment total out of three million TEU handled the year before.

At east coast Krishnapatnam, the big jump comes on the back of weekly feeder calls to Colombo, Jebel Ali, Salalah and Qatar.

To that end, Krishnapatnam has a draft of 16 metres (53 feet) with additional capital dredging, reportedly making it the deepest harbour on the east coast.

'Larger vessels can now dock at Krishnapatnam to load or discharge hinterland as well as transshipment cargo speedily,' said a company official.

Further, armed with advanced equipment and operating systems, the company boasts average crane moves of up to 50 per hour and gross crane rates running at 37 moves per hour.