A number of shipping bodies are concerned that the numbers of seafarers being impacted by the crew change crisis are on the rise due to travel restrictions imposed by governments in response to new variants. Calls are growing to ensure seafarers receive priority vaccines. 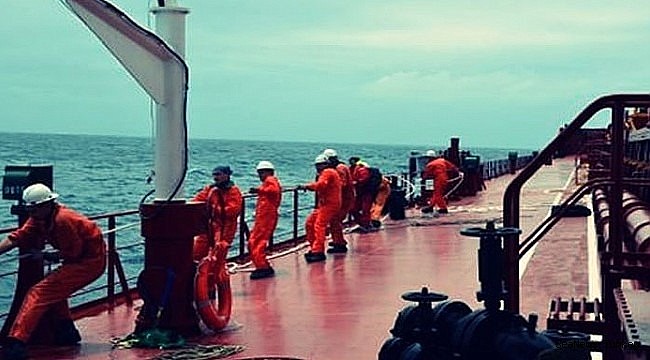 The latest collective industry analysis shows that 200,000 seafarers are currently affected by the crew change crisis, a marked reduction from the height of crisis where 400,000 needed to be repatriated.

However, governments reintroducing stricter border control and travel restrictions due to new Covid-19 variants is making it harder for crew to transfer to and from ships.

Unless governments move from their protectionist positions, the situation could easily spiral out of control yet again

Concerns about prioritisation for vaccination for seafarers is also something shipping bodies are trying to remedy.

Vaccine passports being considered by some states pose a potential barrier to crew change as seafarers from developing nations are unlikely to have an opportunity to receive vaccines until July at the earliest.

“As vaccination is rolled out in many countries, I urge governments to prioritise seafarers in their national Covid-19 vaccination programs,” Kitack Lim, the secretary general of IMO, said last week.

“The crew change crisis is not resolved but has reached a situation where it has been more manageable. However, there is great concern over the increased travel restrictions being imposed by governments in response to new variants. Seafarers must be designated as key workers. The crisis is still ongoing, and we will not let up our efforts. Governments will not be able to vaccinate their citizens without the shipping industry or, most importantly, our seafarers,” said Guy Platten, secretary general of the International Chamber of Shipping (ICS).

“The stark reality is that only a few handfuls of countries have treated seafarers with the respect they deserve by designating them real key worker status. Unless governments move from the protectionist positions that they’ve been in for over 12 months now, and allow seafarers genuine free movement and prioritisation for vaccinations sadly the situation could easily spiral out of control yet again,” said Stephen Cotton, general secretary of the International Transport Workers Federation.

On Friday, Filipino seafarers got a boost up the local vaccine priority-charts, after careful lobbying by the Association of Licensed Manning Agencies (ALMA) and other organisations.

In Singapore, one of the first countries to prioritise maritime frontline staff as priorities for vaccines, more than 18,000 maritime personnel had received both Covid-19 doses as of last Thursday.

The UK government last week decided to allow all seafarers entering the country to avoid hotel quarantines, something that most people entering the country have to do for 10 days. Seafarers can now enter the UK to join their ships, take shore leave and/or return home without the need to spend 10 days in managed quarantine or be tested for Covid-19 after their arrival.

ONE conducts successful second trial use of biofuel for Decarbonization
Related News
Most Read News
Recent Comments
Another step closer to hydrogen backbone in port of Rotterdam!