SHIPBUILDING
21 October 2021 - 11:22
Update: 21 October 2021 - 11:23
1 dk reading time
Print
A
Maximize
A
Minimize
Comments
The ship, which they are calling a milestone in the eco-friendly market, integrates information and communications to provide a ship that is capable of smart operations.Steel was cut on October 19 for the new vessel which is being built in partnership with the city government of Ulsan, South Korea, and the Ulsan Information Industry Promotion Agency as a demonstration project for the technologies. The vessel will measure 292 feet in length with a 42-foot beam and have a height of 18 feet. It will be able to carry 300 passengers. The vessel will be powered by a dual-fuel LNG engine capable of driving it at up to 16 knots. 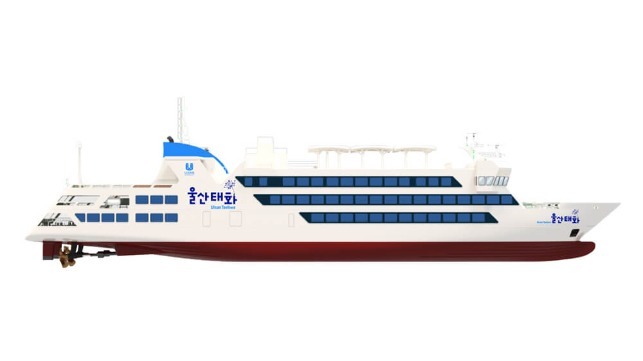 Among the technologies they will be integrating aboard the vessel is a DC Grid-based electric propulsion system that can maximize fuel efficiency. Although the propulsion system is being imported for this vessel, Hyundai Mipo expects that its application will lead to the rapid commercialization of electric propulsion in the domestic market. Among the smart technologies will be a collision prevention and berthing guidance support system. It is the first eco-friendly smart ship built in Korea that will include four core ITC convergence technologies. This will also include an integrated control system that provides functions for optimal route recommendations and remote control that supports monitoring and operation.  They will also incorporate a smart maintenance function that self-diagnoses aging equipment in the ship. 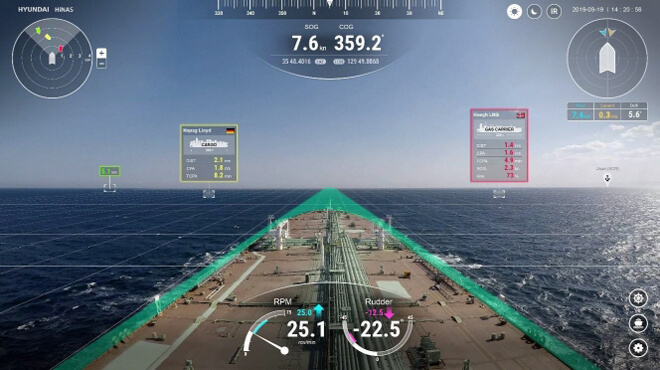