GERMAN-CHILEAN container line Hapag-Lloyd warned investors that profit would fall in 2016 and signed a binding agreement with Arab peer UASC to form the world's fifth largest shipping company in response to a global industry crisis. 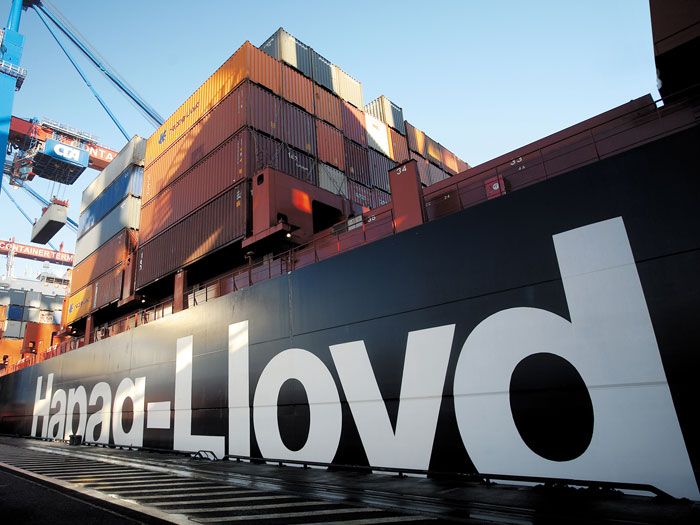 Hapag-Lloyd warns on falling profit in 2016 with UASC merger deal
GERMAN-CHILEAN container line Hapag-Lloyd warned investors that profit would fall in 2016 and signed a binding agreement with Arab peer UASC to form the world's fifth largest shipping company in response to a global industry crisis.
The merger between Hapag-Lloyd and UASC is expected to be completed by the end of 2016 and is the latest in a series of mergers and alliances in the industry, according to Reuters.
It will create a group with 237 vessels, transport capacity of around 1.6 million TEU and a combined turnover of around US$12 billion, Hapag-Lloyd said in a statement.
"We are able to combine UASC's emerging global presence and young and highly efficient fleet with Hapag-Lloyd's broad, diversified market coverage and strong customer base," said Rolf Habben Jansen, chief executive of Hapag-Lloyd.
Underling the urgency for remedial action, Hapag-Lloyd forecast operating profit would fall in 2016, citing significantly weaker-than-expected freight rates.
The new company will seek to tackle the sector's ills by gaining access to ultra large container vessels that offer economies of scale, as well as providing access to cash injections, the statement said.
Container shipping, which transports everything from iPhones to designer dresses, is suffering its worst downturn as a combination of weaker consumer demand and overcapacity force lines to cut costs and try to build scale.
Some of the controlling shareholders have committed to backstop a cash capital increase of US$400 million planned through a rights issue within six months of the deal closing.
Separately, the enlarged company will also be the key player in a new shipping alliance, dubbed "THE Alliance". Due to start in April 2017, THE Alliance will cover all important Asia to Europe trade lanes.