AFTER investing US$1.3 billion in dredging and infrastructure PortMiami recently played host to the MOL Majesty, becoming the first container ship to arrive there through the new Panama Canal locks. 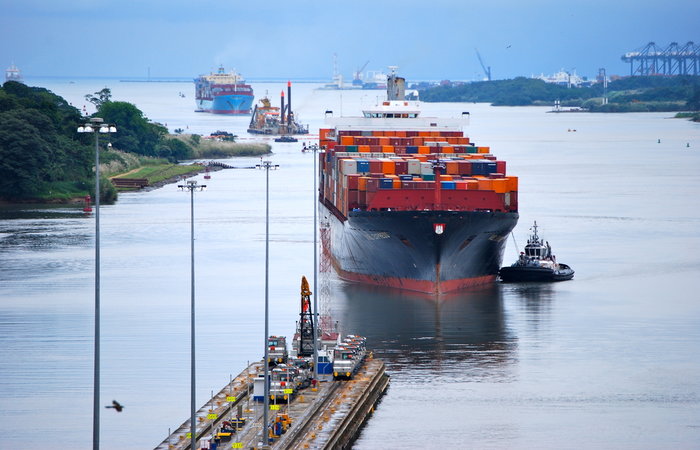 East Coast ports welcome larger ships via new Panama Canal
AFTER investing US$1.3 billion in dredging and infrastructure PortMiami recently played host to the MOL Majesty, becoming the first container ship to arrive there through the new Panama Canal locks.
"It's a wow day for Miami," said PortMiami director Juan Kuryla, adding that there was a blue ribbon audience in attendance: The Panama Canal's administrator, Carlos Gimenez, the chairman of the Federal Maritime Commission and many others, according to the Maritime Executive of Fort Lauderdale.
On July 12, the port of Jacksonville, Florida (JAXPORT) also welcomed the 6,700 TEU MOL Majesty. But authorities said that in addition to inaugurating the new canal route to the port and the possibilities for larger ships, the vessel also illustrated the need for a new round of dredging.
The Majesty draws nearly 47 feet when fully loaded ?the same depth that JAXPORT would like to create for the approach channel up the St. Johns River.
"The arrival of the MOL Majesty through the new locks is a reminder that this is a time of great growth potential for JAXPORT and Northeast Florida," said port CEO Brian Taylor.
"We already have the infrastructure, highway and rail connections, labour options and efficiency that the international cargo industry demands, and we are on our way toward a harbour depth that will accommodate ships like the Majesty at capacity, creating jobs and opportunity."
On July 13, Savannah, Georgia welcomed the 10,000 TEU MOL Benefactor, the first vessel to call at Savannah on a voyage through the new locks and the largest vessel ever to call at the port. She was also the first neopanamax containership to transit the new locks on a commercial voyage.
The Benefactor is deployed on the G6 alliance's NYX service string, which is filled by vessels in the 10,000 TEU range. She became the first container vessel through the new locks to call at any American port on July 8, when she came alongside GCT Bayonne terminal at the Port of NY&NJ.
Savannah has ordered eight neo-panamax cranes to expand its capacity, and is working to dredge its harbours to at least 47 feet.
On July 14, Charleston, South Carolina welcomed its first container ship to arrive via the new locks, the Hannover Bridge, and the port foresees a business boost from the expansion.
South Carolina Ports Authority (SCPA) president and CEO Jim Newsome said: "The arrival of the first 8,500-class vessel to pass through the newly-expanded Panama Canal locks bound for Charleston is a milestone for our port and maritime industry.
"We look forward to seeing this larger class of vessels more frequently in our harbour, which offers the depth and capacity required to serve the biggest ships deployed to the Southeast."
SCPA explained that it has a $1.3 billion dredging and capital improvement plan for the next ten years to continue to attract the largest vessels.