Qatargas, the world’s largest liquefied natural gas (LNG) producer, received the ‘first ever’ Certificate of Recognition from the Green Award Foundation for its fleet of LNG Carriers at GASTECH 2011, Amsterdam. 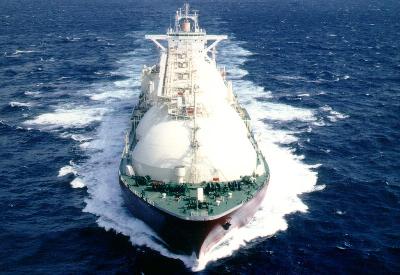 Qatargas, the world’s largest liquefied natural gas (LNG) producer, received the ‘first ever’ Certificate of Recognition from the Green Award Foundation for its fleet of LNG Carriers at GASTECH 2011, Amsterdam.

The Green Award for LNG carriers comes from the Green Award scheme, established in 1994, in order to promote quality shipping amongst sea-going vessels. All over the world the Green Award certifies ships, ship managers and oil companies that prove their dedication to high quality, safety and environmental standards.

It is for the first time a Qatari LNG Fleet has received such an award.

The Award was presented by the Green Award Foundation Chairman Pieter Struijs to Mr. Ghanim Al –Kuwari, Qatargas’ Chief Operating Officer Administration at the Qatargas Stand on the sidelines of the 25th GASTECH conference. This certification acknowledges Qatargas for its leadership in Corporate Social Responsibility and invaluable support in helping the Green Award Foundation to develop and launch certification of LNG carriers.

“We are proud to be the first company to receive this recognition for our LNG carriers; and recognised in this global forum by the Green Award Scheme – with such an initiative that promotes our safe and environmentally responsible shipping.

He added that: “Through the support of our CEO, Khalid Bin Khalifa Al Thani and under the guidance of HE Minister of Energy & Industry and QG Chairman, Dr. Mohamed Saleh Al Sada, Qatargas will continue to lead the industry with our commitment and the setting of high safety and environmental standards in all our operations.”

The benefits for extra clean and extra safe ships include image improvement, charterers’ preference, reduction on port dues, discounts on pilotage services and various trainings, reimbursement by a bank for a part of the certification costs. Green Award certifies oil and product tankers, dry bulk carriers and – since recently – inland barges and LNG carriers. Every ship is inspected by a Green Award surveyor on a regular basis
Qatargas established in 1984, pioneered the liquefied natural gas (LNG) industry in Qatar.

Today, Qatargas, under the guidance of His Excellency Dr. Mohammed Saleh Al Sada, Minister of Energy & Industry of the State of Qatar and Chairman of the Board of Qatargas, is the largest LNG producer in the world, with an annual LNG production capacity of 42 million tonnes per annum (mta) and is realising its vision to deliver LNG to its customers around the globe, from its world-class facilities in Qatar.

Qatargas has seven LNG trains, of which four are the largest in the world – known as mega trains – each with a production capacity of 7.8 mta. The Qatargas vision is, by 2015 to be the world’s premier LNG Company, known for its people, innovation, operating excellence, environmental responsibility and corporate citizenship. Since the establishment of Qatargas 1, it has completed a successful expansion program that has included the development of Qatargas 2; Qatargas 3 and Qatargas 4 projects; Laffan Refinery, a dedicated fleet of ships, and an LNG Receiving Terminal. Qatargas operates these trains and the offshore as well as the Laffan Refinery, the Common Sulphur facilities on behalf of all users

Qatargas is proud to be the major contributor to the realisation of the vision of His Highness the Emir Sheikh Hamad Bin Khalifa Al Thani, for the State of Qatar to be the largest LNG producer in the world, with a combined production capacity of 77 million tonnes per annum by the end of 2010. This achievement was celebrated in December 2010. Today, Qatargas’ customers are spread throughout the four corners of the world in European, Asian and North American markets including Japan, Spain, France, the United Kingdom, Canada, Mexico, the United States and China.