Gazprom has terminated a contract signed last year with Eni subsidiary Saipem for the construction of the first of the four parallel pipelines envisaged as part of the 63 billion cubic meter/year South Stream pipeline, Gazprom said Thursday in a statement. 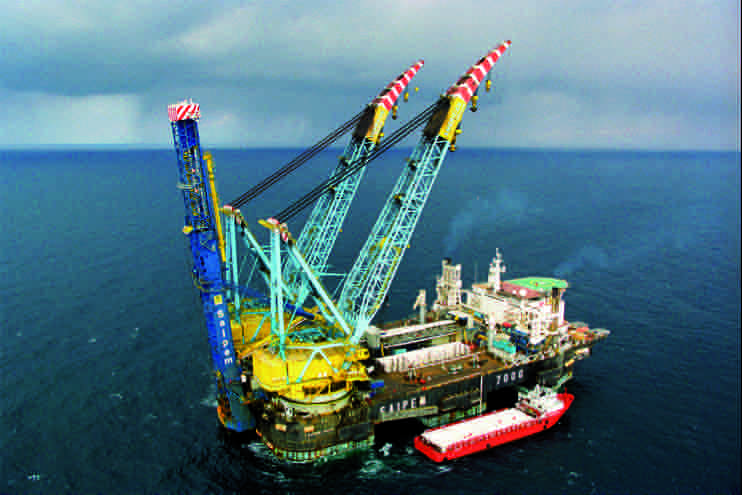 Gazprom has terminated a contract signed last year with Eni subsidiary Saipem for the construction of the first of the four parallel pipelines envisaged as part of the 63 billion cubic meter/year South Stream pipeline, Gazprom said Thursday in a statement.According to the statement, the contract was terminated because the two companies had been unable to reach an agreement on the continued development of the pipeline under new terms, following Gazprom's decision to cancel South Stream, reroute it through Turkey and rename the project TurkStream.

The statement said that other work on the TurkStream project continues and that the project company South Stream Transport will open talks with other companies for the laying of the first 15.75 Bcm/year line of the TurkStream pipeline "in the near future."First proposed by Russian President Vladimir Putin on a visit to Ankara in December last year, the 63 Bcm/year TurkStream line replaces Russia's long-planned South Stream pipeline, which would have run across the Black Sea and through Bulgaria. That project was halted due to the EU's insistence that the line allow third-party access.TurkStream has proved controversial not just because it will enable Russia to export gas to Europe bypassing Ukraine, but also because it will deliver large volumes of Russian gas to the Turkey-Greece border, potentially swamping the southeast European market and threatening the viability of the 31 Bcm/year TANAP pipeline.TANAP is expected to start delivering gas from the Azeri sector of the Caspian to customers in Europe in 2020.Turkish energy minister Taner Yildiz has stated on a number of occasions recently that his government is in favor of the TurkStream project but that any final decision on whether the line will be constructed would need to be approved by the Turkish parliament.Turkey's position has been complicated by the June 7 general election which saw Yildiz's Justice and Development Party lose its majority in the Turkish parliament, and Yildiz himself not returned to parliament.He remains in place as caretaker energy minister pending the formation of a coalition government.POSITIVE OUTCOMESpeaking to reporters Wednesday, Yildiz said that he had met with Russian energy minister Aleksandr Novak twice on Tuesday this week but no final agreement had been reached on the TurkStream line or on a previously discussed discount on the price Turkey pays Russia for gas.Yildiz added that, to date, the only permission Turkey has given to Gazprom is to conduct feasibility studies for TurkStream.He said he expected to meet Novak again in the coming days and was hopeful that a final agreement could be reached without either side taking the gas price issue to an international court of arbitration."I believe the next few days we will see a positive outcome on this issue," he said.Earlier this year Turkish and Russian officials announced they had agreed that Gazprom would reduce the price it charges Turkish companies by 10.25%, but subsequent statements by Turkish officials have suggested that the details of the agreed discount still remain unresolved.Turkey's state news agency Anatolia reported Wednesday that Turkey is seeking a larger discount but did not give details.Turkey's state gas importer Botas imports 16 Bcm/year of Russian gas through the Blue Stream pipeline and a further 4 Bcm/year through the Transbalkan pipeline.Eight private companies import a total of 10 Bcm/year of Russian gas, also via the Transbalkan pipeline.The first of the four parallel 15.75 Bcm/year lines which will make up Gazprom's proposed TurkStream pipeline is planned to replace the existing 14 Bcm/year Transbalkan pipeline, with Botas and the eight private companies to continue receiving the same volumes of gas through the new line, with an additional 15.75 Bcm/year of gas also being made available.Gazprom last week submitted its environmental impact assessment reports for the offshore and shore sections of TurkStream, according to documents published on the website of Turkey's Ministry for the Environment and Urban Affairs.The 206-page EIA report envisages a 63 Bcm/year line consisting of four 32 inch pipes, laid in parallel each with a capacity of 15.75 Bcm/yr, being developed by Gazprom's Netherlands-based subsidiary South Stream Transport, with construction slated to begin in 2015, and the first gas to flow through the line in 2019.The offshore section of the line will follow the route of the now abandoned South Stream pipeline to a point 260 km north of the coast of Turkey's European province of Thrace from where it will head southwest making landfall at the village of Kiyikoy.