With project Meltem, the Nantes-based company is developing a 1,830 teu containership, equipped with eight wing-sails. The 185 m long vessel is said to reduce carbon footprint by 80% on a transatlantic journey at a speed of 11 knots.

Zéphyr et Borée has been working on Meltem during 2020, with aim to solve technically complex challenge of wind propulsion on containerships, such as deck loading, loading operations and forward visibility. 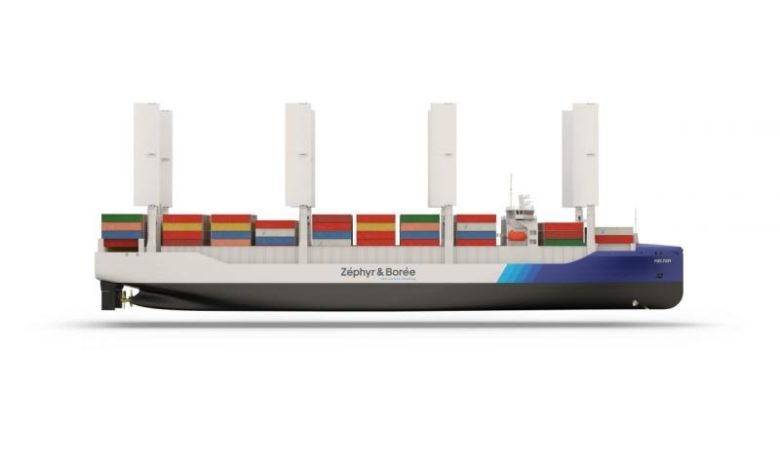 The vessel will be equipped with four 30 m high Oceanwings from VPLP design delivering around 35% on fuel consumption.

She will be delivered at the end of 2022 by the Dutch shipyard Neptune Marine and will be operated by Alizés, a joint venture of Zephyr et Borée and its compatriot Jifmar Offshore Services.