Taiwanese liner Evergreen today confirmed that the 20,388 teu Ever Given has been arrested by a court in Egypt this week. The giant, near full ship is in the Great Bitter Lake with a crew of 25 onboard, weeks after it ran aground, blocking the Suez Canal. The ship is operated by Evergreen and owned by Japan’s Shoei Kisen Kaisha. 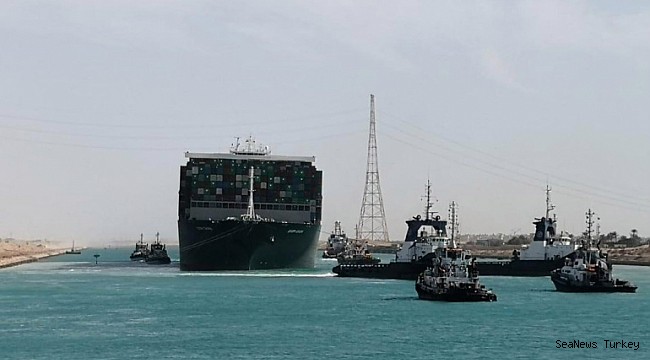 According to the vessel’s insurer, the UK P&I Club, Shoei Kisen has been hit with a $916m claims from the Suez Canal Authority (SCA).

Evergreen stated in a release that the claim includes $300m claim for a salvage bonus and $300m for “loss of reputation”.

“During the meeting between the shipowners and SCA on April 12, 2021, no consensus was reached as SCA’s claims are largely unsupported and lack any detailed justification. The following day (13th April), SCA immediately filed an application to arrest the Vessel and this has been granted by the Court,” Evergreen stated in its release today.

General Average has been declared with shippers very unclear when they might get their cargoes onboard the ship.

For its part, the UK P&I Club said it was disappointed with the SCA’s decision to arrest the vessel.

“The SCA has not provided a detailed justification for this extraordinarily large claim,” the insurer stated this week.

The vessel’s classification society, the American Bureau of Shipping (ABS), completed surveys on on the ship 10 days ago and issued a certificate of fitness to allow the vessel to move from Great Bitter Lake.

The SCA is expected to issue its report into why the vessel came to be lodged on the eastern bank of the canal tomorrow, while the ship’s registry, Panama, will take many more months to issue its full accident investigation report.

Shippers still don't know who pays for what in Suez compensation