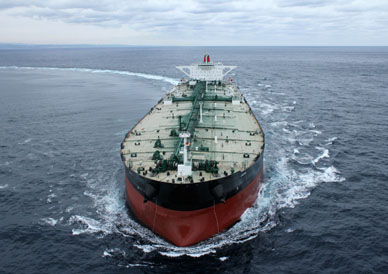 Drewry’s latest Tanker Insight reports that freight rates in most vessel categories remained on the softer side during the month due to weakness in chartering activity in the major loading regions barring Arabian Gulf. The same was reflected in the Drewry Tanker Earnings Index that declined 31% during the month to 31.2.

Despite this, the overall spot chartering activity in the dirty tanker market manage to inch higher in May on the back of strong in activity in AG. About 87 million tonnes of crude oil was fixed for shipments during the month, against 76 million tonnes last month.

In contrast, The freight rates in the very large crude carriers (VLCC) market got some stimulus in May with an uptick in long haul fixing from the Arabian Gulf (AG) on both sides of the Suez. About 40.0 million tonnes of crude were fixed for shipment in VLCCs compared with 30 million tonnes in April.

The spot rates in the tanker sector, especially for large vessel categories, have been very unattractive and owners are finding it difficult to recover the operating cost of their vessels. In such a scenario, a modest recovery in freight rates in May gave some solace to the owners.

Spot rates on benchmark TD3 (AG-Japan) route increased by 15% to World Scale (WS) 38 pushing the vessel earnings in the positive territory at $4,100pd. Similarly, spot rates on West Africa to China inched higher by WS3 points to WS37. However, looking at the seasonal weakness in demand and ample tonnage supply, the current firmness in rates might prove short lived.

In 2023, the most container ship deliveries in history will take place!
Related News
Most Read News
Recent Comments
Official: Deepwater container port at Karachi to be complete by 2015