Twelve Vietnamese seafarers, including the captain, have been stranded in Malaysian waters in deplorable conditions since they started work aboard the vessel in mid-March this year. 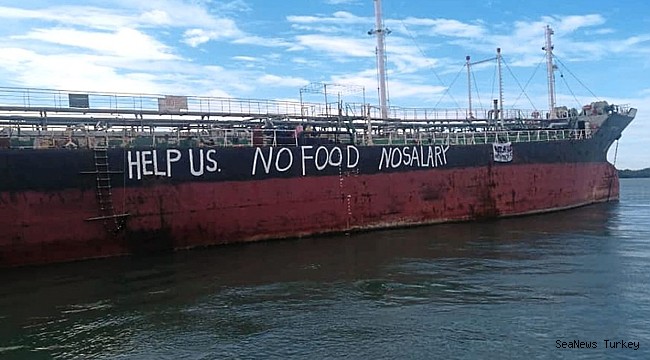 A Vietnam embassy official said it was aware of the matter and was working to help the crewmen.

NUSPM claimed that the seamen had been living in inhumane conditions on the vessel, which is in Teluk Rumania, Johor, and had allegedly been abandoned by its owner.

The ship is registered in Vietnam and belongs to a Vietnamese.

In response to the seafarers’ distress call on a mobile app used all over the world, NUSPM wants Vietnam to intervene and repatriate its citizens.

As a signatory to the Maritime Labour Convention (MLC), it said Vietnam should exercise its responsibilities by accessing funds from the ship owner’s contribution to the Protection and Indemnity (P&I club) coverage.

It added that in a letter to the Vietnam Maritime Administration and the Vietnam Embassy in Malaysia, NUSPM said all the 12 crew members wanted to be repatriated as soon as possible.

NUSPM asked that all back wages be paid to the seafarers immediately as they would not be able to gain employment any time soon in the current climate of the Covid-19 pandemic.

“Their plight is very unfortunate because shortly after they started work, the movement control order (MCO) came into effect and the crew was not able to leave the vessel.

“The seafarers took to writing their cry for help in bold white letters reading: ‘HELP US. NO FOOD. NO SALARY’ on the hull of their vessel.

“Without a salary, they cannot afford to hire a boat to go ashore, and with the MCO in effect, it’s impossible to leave their vessel to seek food or medical aid,” NUSPM said in a statement yesterday.

It supplied the crew with rice and dry food provisions on June 23, accompanied by the Malaysian Maritime Enforcement Agency.

NUSPM added that the owner did not have any fuel and the vessel was in a complete blackout, leaving all those on board to live in unbearable heat during the day and unable to light up during the night, posing a navigational hazard.

NUSPM said it was trying to contact the vessel owner.

Linh Nguyen, secretary of the Embassy of Vietnam in Malaysia, said the embassy was trying its best to repatriate the 12 crew members, although it was not possible at the moment because there were no flights between Malaysia and Vietnam.

He added that they had contacted the vessel owner, who also wanted to come to Malaysia to resolve the problem.