Denmark has formally decided to construct the world’s first artificial island for the collection and utilization of electrical power from offshore wind farms. 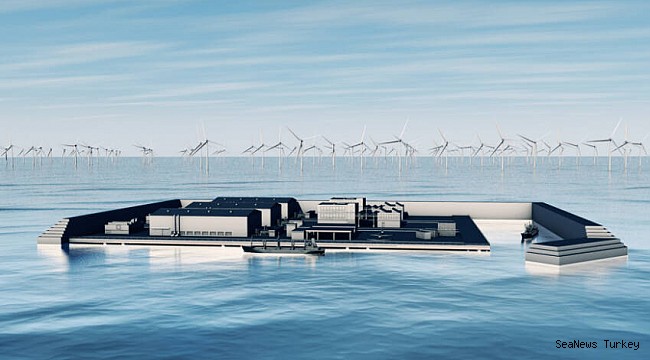 Large-scale offshore wind farms are typically built with substation platforms, which collect up the power and export it to shoreside users via subsea cable. Instead, future wind farm installations in one area off Jutland will be connected to a substation "energy hub" island, according to Denmark's energy agency.

The new "energy hub" will be an artificially constructed island about 40 nm offshore in the North Sea. It will be owned under a public-private partnership agreement, the terms of which have not yet been finalized. The Danish state will own the majority of the island, but private companies will play a key role in its construction and outfitting.

"This decision marks the start of a new era of sustainable energy production in Denmark and the world and it links very ambitious climate goals with growth and green jobs," said Danish Minister for Climate Dan Jørgensen. "The energy hub in the North Sea will be the largest construction project in Danish history. It will make a big contribution to the realization of the enormous potential for European offshore wind, and I am excited for our future collaboration with other European countries."

The island is expected to have a total area of at least 30 acres, and in its first phase it will be able to gather and transfer power for up to three million households in multiple neighboring countries.  It will be an exceptionally costly undertaking, with a total price tag in the range of $34 billion. Its first operations are expected in 2033.

Denmark has decided to construct the world’s first windenergy hub as an artificial island in the North Sea #dkgreen pic.twitter.com/lKrxmWV61q