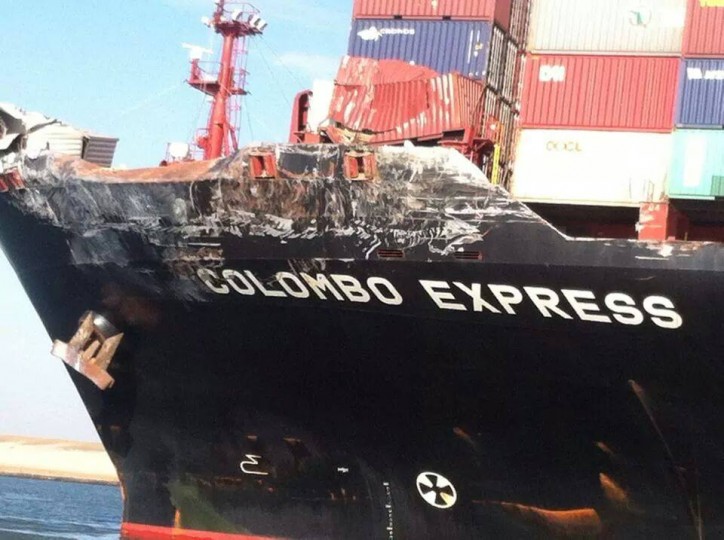 It appeared the "Colombo Express" was attempting to overtake the "Maersk Tanjong" and when a left rudder was applied to come back to a parallel course, the rudder when hard to port.
The traffic in the area is delayed due to the impact between the two huge container vessels.
The collision resulted in a 20-metre dent to the left side of Colombo Express there were no injuries or pollution as a result of the incident. Three containers were lost over the side from the "Maersk Tanjong", one has been recovered. The second southbound convoy has been interrupted. The container ships were moored at the canal lakes until the investigation and the repairs were completed.
The port authorities have launched an investigation into the exact course of events.Inchcape Shipping Services, a ship agent, said:“The Suez Canal Authority is currently trying to pick up the dropped containers from the eastern channel and both vessels will be moored at the canal lakes until the required investigations, paper work and maintenance have been completed.”
There were no reports of injuries or pollution. The press officer of Maersk Line, Michael Storgaard, said:"There is no pollution. Unfortunately, perhaps smoked a couple of containers overboard. Both ships are seaworthy, and as it looks now, the most cosmetic damage." 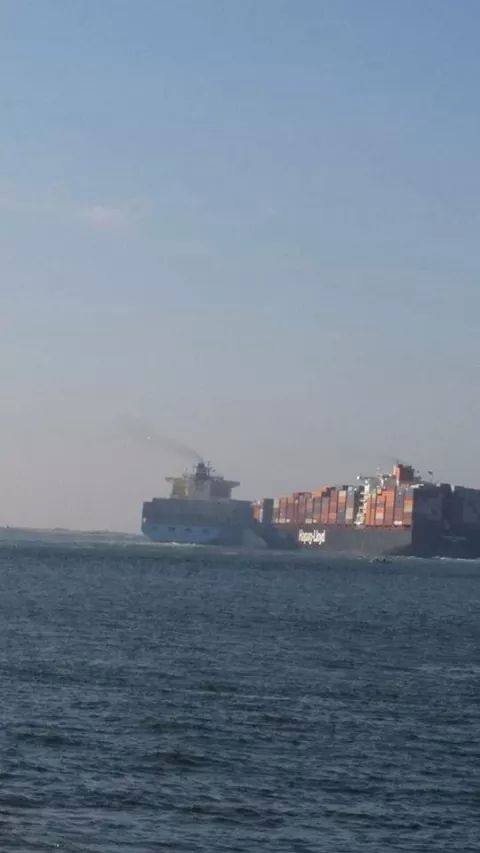 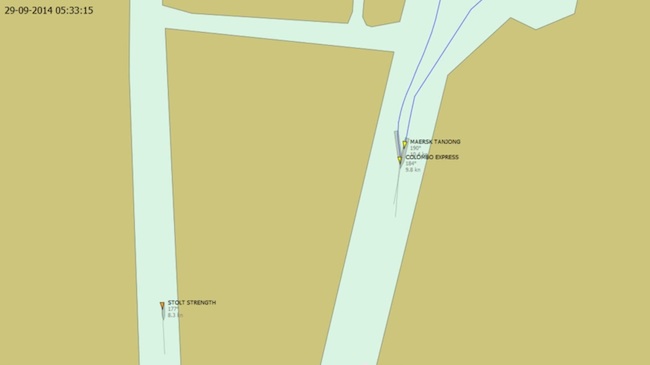